Globalfoundries is expanding its overseas chip manufacturing with the construction of a new $4 billion facility in Singapore in partnership with the Singapore Economic Development Board and investments from unidentified customers.

Demand for chips is growing at an unprecedented rate, with worldwide revenue projected to more than double in the next eight years. GlobalFoundries and its largest rivals such as Taiwan Semiconductor Manufacturing Co. (TSMC) and Samsung are boosting capacity investments in expectation of soaring demand.

TSMC said earlier this year that it will invest about $100 billion during the next three years to increase capacity and R&D for leading-edge and specialty technologies.

While GlobalFoundries plans capacity expansions at all its manufacturing sites in the U.S. and Germany, the company is starting with the initial phase of its 300-mm fab expansion in Singapore, the U.S.-based company said in a statement. The new facility will add 450,000 wafers per year, bringing the company’s total Singapore production to approximately 1.5 million (300-mm) wafers annually.

The facility will be Singapore’s most advanced chip fab, and will add to production of radio frequency, analog power and non-volatile memory products. With construction already underway, the facility is slated to start production in 2023.

“GlobalFoundries is meeting the challenge of the global semiconductor shortage by accelerating our investments around the world,” said CEO Tom Caulfield. “Our new facility in Singapore will support fast-growing end-markets in the automotive, 5G mobility and secure device segments with long-term customer agreements already in place.”

GlobalFoundries makes chips using legacy process technologies that are particularly in short supply. Automobile makers around the world have been forced to idle production because they cannot buy enough chips. Shortages may persist until the end of 2021, according to analysts and chip makers.

The Singapore project comes as governments in North America and Europe seek supply chain alternatives to Asian fabs, where most of the world’s chip are manufactured.

The U.S. Senate with support from the Biden administration is proposing to spend $52 billion to revive domestic chip production and R&D. For decades, China has invested similar amounts to create an indigenous chip industry, largely without success. 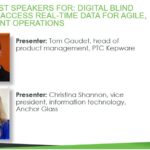