From World War II Radar to Microwave Popcorn, the Cavity Magnetron Was There

By the summer of 1940, World War II had been raging in Western Europe for nearly a year. During the Battle of Britain, German aircraft bombed London and industrial centers and blockaded seaports. The United States, meanwhile, was still actively trying to stay out of the war.

Against this backdrop, the physicist Edward “Taffy” Bowen traveled with a group of other British scientists and military officers to Washington, D.C. Bowen had been entrusted with a black metal box that contained technical secrets related to England’s wartime R&D. The purpose of the journey, officially called the British Technical and Scientific Mission, was to share these secrets with the United States and Canada, in the hope that they would produce workable weapons and other equipment for the war.

Among the box’s contents was a curious-looking device: a disc with grooves around its rim and thin pipes and wires extending from its ends [above]. This palm-size gadget, called a cavity magnetron, produced high-power microwaves, and it would prove to be by far the most important item in the box.

That said, the box had a hapless start to its journey. En route to the train station in London, it was strapped to the roof of a London taxi. At Euston station, a porter whisked it away before Bowen could object. Boarding a ship in Liverpool, Bowen was accompanied everywhere by a silent gentleman with a military bearing. The box, meanwhile, was secured so that its secrets would sink with the ship if the boat came under attack.

How the cavity magnetron came to be in the box in the first place is a story that began much earlier. The word “magnetron”—from “magnetic” and “electron”—entered the English language in 1921, when Albert W. Hull published his research on “The Effect of a Uniform Magnetic Field on the Motion of Electrons Between Coaxial Cylinders.” Hull, a physicist and electrical engineer at the General Electric Research Laboratory in Schenectady, N.Y., was trying to circumvent a patent on the triode held by Lee de Forest. [PDF] Hull’s split-anode magnetron was eventually used as an amplifier in radio receivers and in oscillators. Numerous researchers began investigating and experimenting with the device.

According to John H. Bryant’s history of microwave technology [PDF, subscription required], over 200 papers on split-anode magnetrons were published worldwide prior to 1940. Some described how to use Hull’s invention; others suggested ways to optimize what was essentially an inferior design.

In September 1939, John Randall and Henry Boot, physicists at the University of Birmingham, in England, began exploring a new direction in magnetron design, under the guidance of Mark Oliphant. They relied on the work of the Dutch engineer Klaas Posthumus, who had clarified the theoretical operation of the magnetron. And they had a very specific problem to solve: With German aircraft terrorizing England, any improvement in the country’s radar capabilities could help.

In addition to being a physics professor at Birmingham, Oliphant was a member of the classified British radar program. At the start of the war, the country had a chain of radar stations that operated on a wavelength of 10 to 13 meters and was testing airborne radar with a wavelength of 1.5 meters. Oliphant argued for radar operating in the microwave range, with a wavelength of 10 cm or less and with a peak power of 1 kilowatt. Such a system would improve the resolution of radar images, enable smaller, lighter equipment that could be installed in aircraft, and be less susceptible to interference from ground echoes. A better magnetron was the key.

Within two months, Randall and Boot had a basic design for their cavity magnetron. It consisted of a cylindrical piece of metal that had a cathode running through a central hole. The surrounding anode had a series of symmetrical holes, or cavities, arranged in a circle around the central hole. The cross section looked like the chamber of a Colt revolver, which happens to have served as a template for some of Randall and Boot’s early prototypes.

When power was supplied to the cathode and a magnetic field surrounded the device, the oscillation of the electric charge around the cavities led to the radiation of electromagnetic waves. Each cavity created its own resonant frequency.

By February 1940, they had a prototype exhibiting a wavelength of 9.8 cm at 400 watts. In April, they contracted with the General Electric Co. in Wembley, near London, to produce hardier specimens that could withstand more thorough testing. Most of the prototypes had 6 cavities, but the 12th prototype had 8. It was this last one, E1189, Serial No. 12, created by E.C.S. Megaw at General Electric, that Bowen took with him to North America.

The British Technical and Scientific Mission was led by Sir Henry Tizard, who was chairman of Britain’s Aeronautical Research Committee and saw the obvious advantages that would come from a superior radar system. He knew the researchers at Birmingham had made significant advancements, but he also understood that Britain would have challenges with industrial production while fighting the war.

The government in London, meanwhile, was doubtful that the United States could keep its secrets. Tizard first had to persuade Winston Churchill to reveal the technology to the Americans, and then he had to convince the U.S. Congress to cooperate with the British. Several weeks before Bowen and the rest of the delegation set out, Tizard headed to Washington to lay the groundwork.

The mission turned out to be an easy sell to American scientists, who were astounded by the cavity magnetron. It took a little more negotiating with the U.S. and Canadian governments to set the terms for research, manufacturing, and delivery. The U.S. National Defense Research Committee contracted with Bell Telephone Laboratories to replicate 30 copies of the device.

The committee also funded the creation of the Radiation Laboratory, or Rad Lab, at the Massachusetts Institute of Technology, to supply the allied forces with microwave radar. The lab eventually produced 150 distinct radar systems, which ranged from lightweight, compact units for aircraft to the huge microwave early-warning system transported in five trucks.

The Germans learned that the British were using the cavity magnetron for radar in February 1943, when they examined a downed bomber near Rotterdam. An explosive charge meant to destroy the radar set before it fell into enemy hands failed to go off.

After the war, all secrets were set aside, and the cavity magnetron found many peaceful commercial uses. Not only did it become standard for radar in civil aviation, it also became the heart of every microwave oven. Thanks to these wartime efforts, we can all enjoy microwave popcorn.

One of the challenges of writing about the history of a technology developed for military purposes is that the initial research was often done in secrecy. Such knowledge circulates poorly, especially in wartime. It’s therefore common for the people involved in the discovery process to believe they have invented something new when in fact the same thing had already been invented elsewhere. This problem is compounded when the victors write the first draft of the story, and national pride sets a tone for their heroic tale of invention.

While looking into the history of the cavity magnetron, I came across an often-quoted passage about the Tizard mission’s importance, written by James Phinney Baxter III, the official historian of the Office of Scientific Research and Development during World War II. In his Pulitzer Prize–winning book, Scientists Against Time (1946), Baxter wrote that when the mission brought the cavity magnetron to America in 1940, “they carried the most valuable cargo ever brought to our shores.” Bowen later reinforced the narrative of the British invention and U.S. development of the cavity magnetron in his 1987 book, Radar Days.

There is no doubt that Randall and Boot invented the cavity magnetron, but I also discovered competing narratives and priority claims that make the history more complex, nuanced, and interesting. Articles by Paul Redhead [PDF] and by Yves Blanchard, Gaspare Galati, and Piet van Genderen [PDF] show that during the 1920s and ’30s, many people around the globe were experimenting with different designs for the magnetron, not merely optimizing Hull’s split-anode version. In 2010, there was an entire conference devoted to the subject of the cavity magnetron’s origins, featuring papers about the contributions of Czech, Dutch, French, German, Russian, and Ukrainian engineers and scientists.

And so although Randall and Boot thought their device was the first, several others independently invented the cavity magnetron. If there was a first, it’s probably Arthur L. Samuel of Bell Telephone Laboratories. He filed a U.S. patent application for a four-cavity magnetron in 1934. Unfortunately, his design was not very practical.

N.F. Alekseev and D.D. Malairov developed a successful multicavity magnetron in 1937, but this work wasn’t known outside of the Soviet Union until 1940 [PDF]. In Japan, a joint research program of the Japanese Navy and the Japan Radio Company led to an eight-cavity magnetron by 1939. But lack of materials hampered its manufacture.

Each of these devices predates the invention by Boot and Randall, but each one also came with a caveat that kept it from gaining acceptance. One of the fundamental lessons of the Tizard mission is that when scientific knowledge is shared, development can move forward quickly. This 2015 video shows the unboxing of a cavity magnetron made by Sylvania, one of several companies that manufactured the devices during World World II:

The cavity magnetron pictured at top is the very one that Bowen brought to Washington. When the Tizard delegation returned to Britain, they left the E1189 with officials of the National Research Council of Canada to serve as a template for future research. It remained there until 1969, when it was given to the Canada Science and Technology Museum, in Ottawa.

Some museumgoers may view the magnetron as an example of how technology can get wrapped up in diplomacy. Those interested in the science of magnetrons may find the simplicity of the device instructive. To me, it demonstrates how a single object can’t really encompass the entire complex history of even its own invention. History is always much richer and more deeply textured than it appears at first glance.

An abridged version of this article appears in the November 2018 print issue as “The Mighty Magnetron.”

Part of a continuing series looking at photographs of historical artifacts that embrace the boundless potential of technology.

Allison Marsh is an associate professor of history at the University of South Carolina and codirector of the university’s Ann Johnson Institute for Science, Technology & Society. 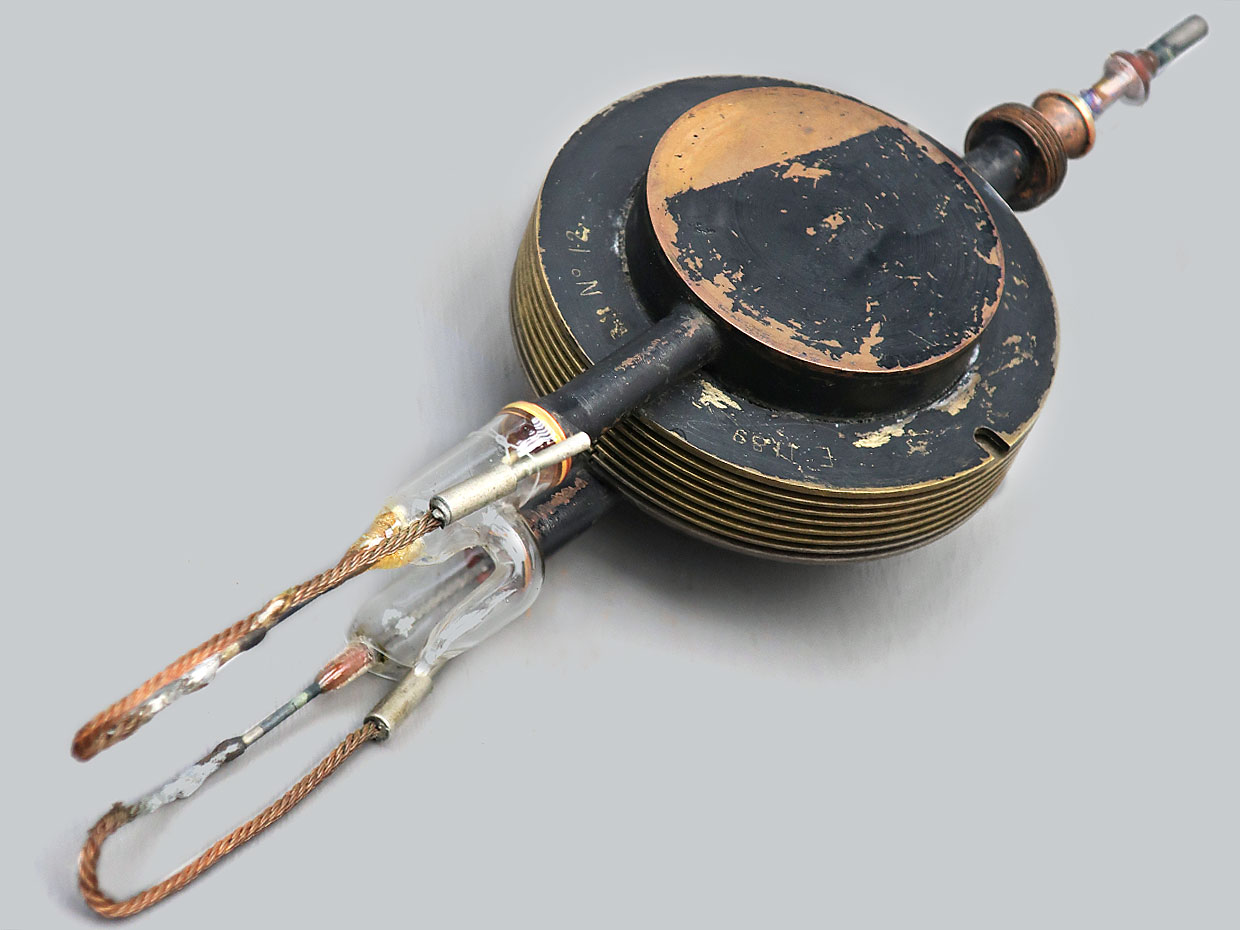 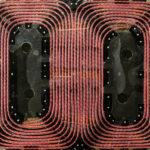 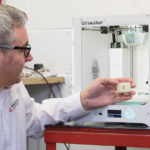