For a livable future, 60% of oil and gas must stay in the ground

To achieve the goals of the Paris Agreement, countries will likely need to set hard limits on the extraction of fossil fuels in addition to supporting the deployment of clean energy. That’s one of the key takeaways of a new study published in the journal Nature on Wednesday by energy and climate modelers from University College London.

The researchers set out to estimate how much of the world’s fossil fuel reserves must remain in the ground in order to limit global warming to 1.5 degrees Celsius (2.7 degrees Fahrenheit) above preindustrial temperatures — the target named in the Paris Agreement that would prevent the most catastrophic impacts of climate change. They found that in order to have a 50 percent chance of achieving this target, 58 percent of known oil reserves, 59 percent of natural gas reserves, and 89 percent of coal reserves cannot be extracted. This means that global oil and gas production must decline 3 percent on average every year until 2050.

“I think there’s an increasing recognition that policy measures and action targeted at production itself is going to be needed to get the kind of decline rates that we’re thinking about here,” said Steve Pye, one of the study’s authors, during a press call on Tuesday.

In their presentation to reporters, the authors stressed that these numbers are likely an underestimate of the scale and speed of fossil fuel production cuts required for two reasons. The first has to do with the carbon budget — the amount of carbon that can be emitted before the planet warms more than 1.5 degrees C. Because of the uncertainty built into climate modeling, there is no universally agreed upon carbon budget, but rather a range that scientists estimate will give us a better or worse chance of achieving temperature targets. The paper uses a carbon budget of 580 billion metric tons, an amount that is estimated to give only a 50 percent chance of stabilizing the global climate at 1.5 degrees C above preindustrial temperatures.

“If we want a higher chance of staying below 1.5 C, then we have to of course keep more carbon in the ground,” James Price, a co-author of the study, said during the press call.

Secondly, the model that the authors used to arrive at their fossil fuel quota actually allows the world to emit more than 580 billion metric tons of carbon and for temperatures to temporarily rise to 1.8 degrees C before settling back down to 1.5 degrees C by the end of this century. Fossil fuels don’t go away entirely in this scenario — oil and gas are still used for chemical feedstocks and aviation past 2050. Climate stabilization at 1.5 degrees C is made possible by “negative emissions technologies” that remove carbon dioxide from the atmosphere and compensate for the overshoot in emissions.

“There is substantial uncertainty as to whether these largely unproven technologies can be deployed as quickly, and at the scale required, and just how sustainable they are,” Price continued.

Damon Matthews, a climate scientist at Concordia University stressed that this was a significant assumption that ignores questions about sustainability. The model relies heavily on a form of negative emissions that involves burning plants for energy and capturing their emissions, also known as bioenergy with carbon capture. “Many of the things that might limit the viability of that as a mitigation technology are not necessarily included in the model, including competition with food, competition with ecosystems, the need to meet biodiversity goals, issues with land rights with respect to indigenous land titles,” Matthews told Grist. If the authors took the possibility of a major scale-up of bioenergy with carbon capture out of the equation, their estimates for fossil fuel reserves that must be left in the ground would increase.

This kind of modeling requires making lots of assumptions about what the carbon budget is, what technologies will be available, and how much they will cost. Nonetheless, Matthews said that changing the assumptions in the study would not change its fundamental conclusion: More than half of the world’s fossil fuel reserves cannot be dug up if we want to meet the 1.5 degree C target.

The paper drills deeper into regional differences and finds that some areas require steeper declines and larger proportions of undeveloped reserves. For example, Canada and Central and South America, where oil is costly and carbon-intensive to extract, would have to leave 83 and 73 percent of their oil reserves in the ground, respectively, while the United States would have to leave only 31 percent of its oil reserves undeveloped.

The future of natural gas is a bit more complicated. The authors found that gas production must peak immediately in more developed regions like the United States, where it must decline by 8 percent per year to keep temperature targets within reach. Meanwhile, in the Middle East, Africa, and parts of Asia, gas production could increase into the 2030s to help those economies grow before peaking.

These outcomes stem from the fact that the model prioritizes finding the most cost-effective pathway to decarbonize the world. That’s partly why it finds that fossil fuel use does indeed have to decline — we couldn’t simply use carbon capture technology to keep burning infinite amounts of coal and gas, because it’s expected to be more expensive than switching to cleaner sources of energy.

But that also means the results are based on an idealized world free of politics. In the real world, for example, Canada is subsidizing oil production, which is expected to increase 20 percent by 2040. The industry is a key source of jobs and revenue for local economies there. The authors acknowledged during the press conference that their model cannot take policy into account. “If the government insists on supporting the oil sands industry, what our modeling results show is that from a techno-economic point of view, and from a climate point of view, that doesn’t make sense,” Dan Welsby, the lead author of the study told reporters.

The world is nowhere on track to achieve the production cuts consistent with this analysis. Pye said that investors need to recognize that further investment in fossil fuel extraction is not only not compatible with the Paris Agreement, but will also become increasingly risky as countries become more serious about climate change and enact policies that reduce demand. He also pointed to the need for more international cooperation to manage the decline of fossil fuels, including support for nations whose economies are heavily reliant on the industry.

There are indications that the “keep it in the ground” movement has begun seeping out of the realm of activists and into policy. Thirteen cities and sub-national governments have signed a new fossil fuel nonproliferation treaty that supports the phase-out of fossil fuels. The campaign also seeks to create a new global fossil fuel reserve registry that will improve transparency around the amount of oil and gas companies are planning to dig up. And in August, Denmark and Costa Rica announced the formation of the Beyond Oil and Gas Alliance, which will encourage countries to enforce a managed decline of fossil fuel production.

“Although relatively small players, this movement could build momentum, and one that large players could join in the future,” said Pye during the press call.

This story was originally published by Grist with the headline For a livable future, 60% of oil and gas must stay in the ground on Sep 8, 2021. 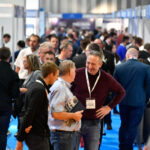 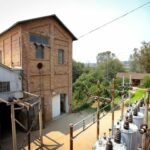 The Birthplace of the AC Grid