Food banks are struggling to fill their shelves, and it’s not just supply chain issues

In Tampa, Florida, a food bank is giving away what they’re calling “paper turkeys” — gift cards — instead of real turkeys. In Colorado Springs, Colorado, one food bank doesn’t have cranberry sauce or stuffing. In Alameda County, California, another is swapping out turkey for chicken.

This holiday season, food banks across the United States are struggling to fill their shelves due to supply chain issues, labor shortages, price inflation, and the effects of climate change on our food systems.

“What happens when food prices go up is food insecurity, for those who are experiencing it, just gets worse,” Katie Fitzgerald, chief operating officer of Feeding America, told the Associated Press. Feeding America is the largest food relief organization in the country and works with more than 200 food banks.

The strain on food banks and pantries started at the beginning of the coronavirus pandemic. As farms, production lines, and shipping systems shut down or operated with limited labor, food production and availability declined. This coincided with a jump in food insecurity as America’s workers were laid off. But now, more than a year and a half into the crisis, despite the rebounding economy and vaccinations, the shortages persist. Experts warn the food crisis will likely continue well past the holidays — and some community pantries are saying they won’t be able to keep up.

To manage, food banks have taken more from their budgets and food reserves or received money from the federal stimulus package. But some are saying there are limits to how far these measures can stretch, with one food bank director in Missouri telling the St. Louis Dispatch, “It can’t go on forever.”

According to Transnational Foods Inc., canned foods like pears and oranges are stuck overseas due to a lack of shipping containers. Food banks are receiving less donations than usual. First Step Food Bank, for example, reports receiving just a third of the food it usually does from stores and distributors. Many community pantries are also paying double what they did last year for the same foods — inflation is the highest it’s been in three decades.

In 2021 to date, food prices have increased by 2.8 percent compared to 2020. The increase could be as high as 3.5 percent by the end of the year, according to estimates from the United States Department of Agriculture. In 2022, food prices are expected to increase by another 1.5 to 2.5 percent.

Partly behind all this is climate change. Extreme weather is having an impact on everything from wheat to spinach to potatoes. As the Northeast and Midwest regions experience earlier warm days, fruits are budding sooner. An early bud date for fruits like cranberries, apples, and cherries makes them more susceptible to frost damage. On the West coast, heat waves are stressing crops like wheat, while wildfires are destroying vineyards. The Southeast is afflicted with flooding and sea level rise, causing some livestock farmers to seek higher ground for their animals.

“Every consumer packaged goods company is feeling it — no matter what their business is,” Janis Abbingsole, a vice president for King Arthur, one of the nation’s largest flour companies, told the Washington Post. “Mother Nature bats last.”

Food experts warn price gouging may also be at play: Nearly two-thirds of the biggest publicly traded companies in the U.S. had significantly higher profits this year than they did in 2019, before the pandemic. In September, the White House accused the four biggest meat producers of “pandemic profiteering” for raising prices while making record profits. Tyson Foods, for example, doubled their profits in the fourth quarter of 2021 compared to 2019. It’s not just meat companies though: PepsiCo profited an extra $4 billion this year, compared to 2019. Mondelez, owner of brands like Chips Ahoy, Honey Maid, and Philadelphia Cream Cheese, had a profit increase of almost $1 billion.

All of these factors are hitting food banks hard as they head into the critically important holiday and winter months. Pantries are often families’ last resort during times of struggle, and between rising food prices and energy costs, this winter could be a challenging one for many households. “This pandemic is going to take a long time to climb out of for many families,” Carlos Rodriguez, president of the Community FoodBank in New Jersey told a local newspaper, northjersey.com. “Especially as they face the same increased costs in goods and housing.”

This story was originally published by Grist with the headline Food banks are struggling to fill their shelves, and it’s not just supply chain issues on Nov 24, 2021. 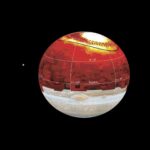 No End in Sight for GPU Supply Disruptions