The first commercial all-electric passenger plane is just weeks away from its maiden flight, according to its maker Israeli startup Eviation. If successful, the nine-seater Alice aircraft would be the most compelling demonstration yet of the potential for battery-powered flight. But experts say there’s still a long way to go before electric aircraft makes a significant dent in the aviation industry.

The Alice is currently undergoing high-speed taxi tests at Arlington Municipal Airport close to Seattle, says Eviation CEO Omer Bar-Yohay. This involves subjecting all of the plane’s key systems and fail-safe mechanisms to a variety of different scenarios to ensure they are operating as expected before its first flight. The company is five or six good weather days away from completing those tests, says Bar-Yohay, after which the plane should be cleared for takeoff. Initial flights won’t push the aircraft to its limits, but the Alice should ultimately be capable of cruising speeds of 250 knots (463 kilometers per hour) and a maximum range of 440 nautical miles (815 kilometers).

Electric aviation has received considerable attention in recent years as the industry looks to reduce its carbon emissions. And while the Alice won’t be the first all-electric aircraft to take to the skies, Bar-Yohay says it will be the first designed with practical commercial applications in mind. Eviation plans to offer three configurations—a nine-seater commuter model, a six-seater executive model for private jet customers, and a cargo version with a capacity of 12.74 cubic meters. The company has already received advance orders from logistics giant DHL and Massachusetts-based regional airline Cape Air.

“It’s not some sort of proof-of-concept or demonstrator,” says Bar-Yohay. “It’s the first all-electric with a real-life mission, and I think that’s the big differentiator.”

Getting there has required a major engineering effort, says Bar-Yohay, because the requirements for an all-electric plane are very different from those of conventional aircraft. The biggest challenge is weight, thanks to the fact that batteries provide considerably less mileage to the pound compared to energy-dense jet fuels.

That makes slashing the weight of other components a priority and the plane features lightweight composite materials “where no composite has gone before,”’, says Bar-Yohay. The company has also done away with the bulky mechanical systems used to adjust control surfaces on the wings, and replaced them with a much lighter fly-by-wire system that uses electronic actuators controlled via electrical wires.

The company’s engineers have had to deal with a host of other complications too, from having to optimize the aerodynamics to the unique volume and weight requirements dictated by the batteries to integrating brakes designed for much heavier planes. “There is just so much optimization, so many specific things that had to be solved,” says Bar-Yohay. “In some cases, there are just no components out there that do what you need done, which weren’t built for a train, or something like that.”

Despite the huge amount of work that’s gone into it, Bar-Yohay says the Alice will be comparable in price to similar sized turboprop aircraft like the Beechcraft King Air and cheaper than small business jets like the Embraer Phenom 300. And crucially, he adds, the relative simplicity of electrical motors and actuators compared with mechanical control systems and turboprops or jets means maintenance costs will be markedly lower.

This is a conceptual rendering of Eviation’s Alice, the first commercial all-electric passenger plane, in flight.Eviation

Combined with the lower cost of electricity compared to jet fuel, and even accounting for the need to replace batteries every 3,000 flight hours, Eviation expects Alice’s operating costs to be about half those of similar sized aircraft.

But there are question marks over whether the plane has an obvious market, says aviation analyst Richard Aboulafia, managing director at AeroDynamic Advisory. It’s been decades since anyone has built a regional commuter with less than 70 seats, he says, and most business jets typically require more than the 440 nautical mile range the Alice offers. Scaling up to bigger aircraft or larger ranges is also largely out of the company’s hands as it will require substantial breakthroughs in battery technology. “You need to move on to a different battery chemistry,” he says. “There isn’t even a 10-year road map to get there.”

An aircraft like the Alice isn’t meant to be a straight swap for today’s short-haul aircraft though, says Lynette Dray, a research fellow at University College London who studies the decarbonization of aviation. More likely it would be used for short intercity hops or for creating entirely new route networks better suited to its capabilities.

This is exactly what Bar-Yohay envisages, with the Alice’s reduced operating costs opening up new short-haul routes that were previously impractical or uneconomical. It could even make it feasible to replace larger jets with several smaller ones, he says, allowing you to provide more granular regional travel by making use of the thousands of runways around the country currently used only for recreational aviation.

The economics are far from certain though, says Dray, and if the ultimate goal is to decarbonize the aviation sector, it’s important to remember that aircraft are long-lived assets. In that respect, sustainable aviation fuels that can be used by existing aircraft are probably a more promising avenue.

Even if the Alice’s maiden flight goes well, it still faces a long path to commercialization, says Kiruba Haran, a professor of electrical and computer engineering at the University of Illinois at Urbana-Champaign. Aviation’s stringent safety requirements mean the company must show it can fly the aircraft for a long period, over and over again without incident, which has yet to be done with an all-electric plane at this scale.

Nonetheless, if the maiden flight goes according to plan it will be a major milestone for electric aviation, says Haran. “It’s exciting, right?” he says. “Anytime we do something more than, or further than, or better than, that’s always good for the industry.”

And while battery-powered electric aircraft may have little chance of disrupting the bulk of commercial aviation in the near-term, Haran says hybrid schemes that use a combination of batteries and conventional fuels (or even hydrogen) to power electric engines could have more immediate impact. The successful deployment of the Alice could go a long way to proving the capabilities of electric propulsion and building momentum behind the technology, says Haran.

“There are still a lot of skeptics out there,” he says. “This kind of flight demo will hopefully help bring those people along.” 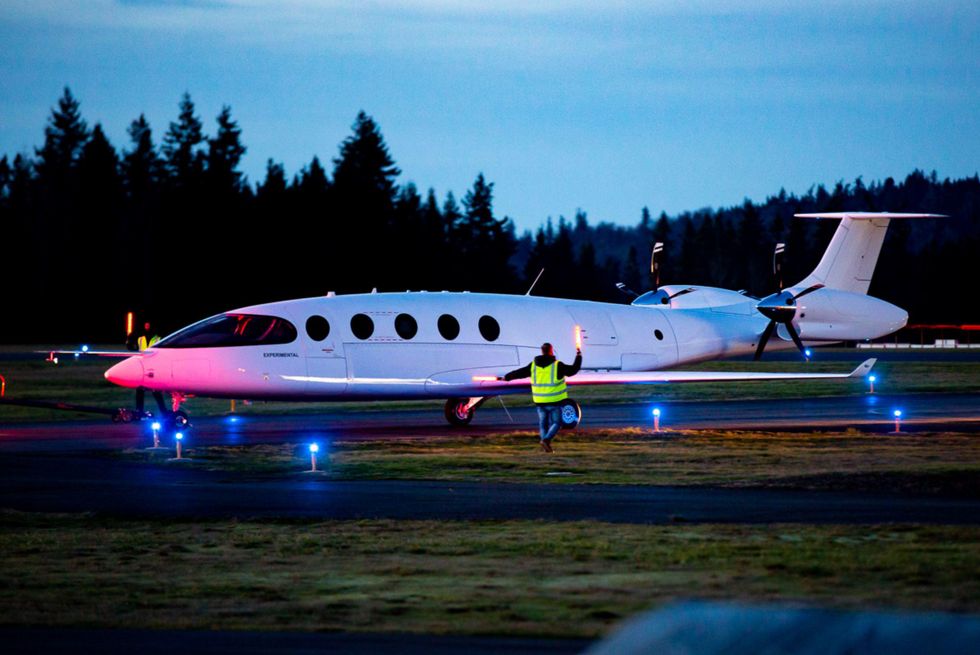 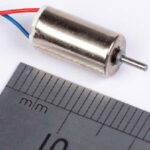