Europe Has Invested €1 Billion Into Graphene—But For What?

Six years ago, the European Union (EU) embarked on an ambitious project to create a kind of Silicon Valley for the “wonder material” of the last decade: graphene. The project—called the Graphene Flagship—would leverage €1 billion over 10 years to push graphene into commercial markets. The project would bring together academic and industrial research institutes to not only ensure graphene research would be commercialized, but to also make Europe an economic powerhouse for graphene-based technologies.

To this day, the EU’s investment in the Graphene Flagship represents the single largest project in graphene research and development (though some speculate that graphene-related projects in China may have surpassed it). In the past six years, the Graphene Flagship has spawned nine companies and 46 new graphene-based products. Despite these achievements, there remains a sense among critics that the wonder material has not lived up to expectations and the Flagship’s efforts have not done much to change that perception.

Graphene’s unique properties have engendered high expectations in a host of areas, including for advanced composites and new types of electronic devices. While graphene can come in many forms, its purest form is that of a one-atom-thick layer of graphite. This structure has provided the highest thermal conductivity ever recorded—10 times higher than copper. It also has one of the highest intrinsic electron mobilities of any material (the speed at which electrons can travel through a material), which is approximately 100 times greater than silicon—a tantalizing property for electronic applications.

The Graphene Flagship is now more than halfway through its 10-year funding cycle. To many observers, the project’s achievements—or lack thereof—is a barometer for the commercial status of graphene, which was first synthesized at the UK’s University of Manchester in 2004, earning its discoverers the Nobel Prize in 2010. When it was founded, the Flagship wrestled with a key question that it still faces today: Was the Flagship set up to support “fundamental” research or “applied” research in its quest to make Europe the “Graphene Valley” of the world? 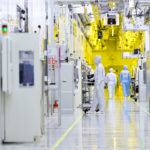 Another Step Toward the End of Moore’s Law 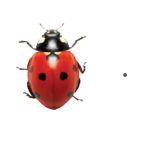 This MicroLED Display Is Smaller Than a Bug