Sarah Wylie: I need to know how to describe your relationship with Gallagher. Mac said to quote you directly. You can say whatever you want.

Megan Carter: No. But it’s accurate.”

MADISON, Wis. — The flood of intentional error that has followed the election of Jose Biden reminded me of Alice Twombly, the first teacher I encountered in high school.

I was among seventy freshmen herded into Alice’s classroom in first period. She was our Civics teacher and she was scary. (She was also scared, but I didn’t learn this ’til years later.) Alice made clear that Civics was a course not just required by the School Board but by God, President Kennedy and George Washington. Each of us, she commanded, was required to read a daily newspaper, select an article and write — every day — a summary and analysis of that news item.

“Every day?” I heard my classmates exclaim. This seemed to most of us an ordeal similar to hitting the floor and doing a hundred pushups. For me, the shock was softer because I’d started devouring the Milwaukee Sentinel and The Saturday Evening Post when I was nine years old. I loved the news.

In imposing this ordeal, Alice had three missions. First, of course, was intimidation. She was a new teacher in a new school, stranded alone among seventy savages. Second, she wanted to instill a knowledge and appreciation  of current events. Her third goal, the most important, was to teach us skepticism. She wanted us to talk about the news, gauge its credibility and learn the shade of difference between truth and accuracy.

During the 2020 election battle, I came across the term “digital civics.” I guessed that this was the same sort of Civics Alice was teaching in 1963. My presumption proved somewhat inaccurate. A Web search revealed that the notion of “digital civics” dates back at least ten years to when the Oscar Wilde Facebook Laboratory in Dublin launched a digital civics program and Estelle Clements of the Dublin Institute of Technology defined the term as “the study of the rights and responsibilities of citizens who inhabit the info-sphere and access the world digitally.” As an academic discipline, digital civics dwells on data privacy, online activism, data mining, identity protection and similar issues that will be argued for years to come among technocrats, professors and nerds in the “info-sphere.”

However, the practical aspects of digital civics that concern me — and Alice, too — are not so esoteric. Since the dawn of the digital age, the Internet and its various social media hustlers have been gleefully bombarding humanity with misinformation, disinformation, magical thinking, propaganda, conspiracy theories and garden-variety crapola. In 2016, the Stanford Education Research Group determined that vast numbers of Civics-deprived young people (and adults) can’t tell the difference between a real news story and “sponsored content” (or an ad).

It’s been a generation — probably longer — since high school-age citizens were taught how to read the news from credible sources, understand and question it. Millions of Americans tune incessantly to a tsunami of chaotic information on the Web, but are ill-equipped to distinguish between what’s accurate, what’s true, what’s a sales pitch and what’s just plain deceit.

However, as Fox Mulder so often assured us, “The truth is out there.” It occupies the same info-sphere with all those lies, but you have to look for it. My own version of “digital civics” boils down to an old journalist’s habit of peeking behind the curtain and digging deeper than the average bear would excavate.

For example, six years ago, a conservative friend shared with me a bundle of shocking factoids about the perfidy of illegal immigrants who, he lamented, are infiltrating America and massively sucking its taxpayers dry. Among the assertions offered in this right-wing catalog of scams was this stunner: “Over 300,000 illegal aliens in Los Angeles County are living in garages.”

Suffice to say that this curious claim is neither true nor accurate. But the essence of “digital civics” is not to prove or disprove such nonsense. The digital citizen’s job — and it’s sort of fun — is to figure out where the hell it came from. You can do this because the Internet is like a plastic water bottle. It never decays and it never goes away. By typing a few key words from the Internet lie (usually the scary title), you can scroll backward in time to its birthday.

My friend’s dark fantasy about all those illegals squatting in all those garages popped up online in 2014. By then, the item, typically, had no attribution. So, I flipped back a dozen pages on Google and unearthed its origin — a 2009 Los Angeles Times article by reporter Hector Tobar. Tobar was writing about the “illegal” use of garages as living space in L.A., but he didn’t say whether these garage-dwelling scofflaws might have been undocumented immigrants or just plain old Angelenos with no better place to stay. More important, Tobar followed the issue further back in time to a 1987 Times story on residential zoning and “unauthorized garage conversions.” The estimate of “illegal” garage occupants cited in that 22-year-old story was 200,000. By 2014, the Web, all by itself with no subsequent reporting, had inflated that to 300,000, which is actually a modest exaggeration. Typically, the Internet tends to double, triple and quadruple shocking numbers as they age and circulate. If the Dionne quintuplets had been born in the digital age, there would have been 25 of them.

Perversely, I enjoy tracking unbelievable stories backward in search of their virgin iterations. The fiction about garage-dwelling tomato-pickers — now 33 years old — is still out there, outraging gullible nativists. There are thousands of similar whoppers. I once traced a letter, allegedly written by a bitterly anti-government college “coed,” to her Internet birth two decades before. Before her amazing Internet makeover, she had been a disgruntled male retiree living off his civil-service pension in suburban Houston. He’s probably dead by now but his letter, his rancor — and his phantom female alter ego — are with us forever.

About five years ago, I wrote: “The Internet undead are immortal, because they have no head to blow off with a shotgun. A fresh lie, as it ages, becomes an Internet zombie. This monster slowly shuffles its spastic way into the deep, ignored back pages of Google until, one day, one of its words or phrases reappears in an entirely unrelated, completely innocent post about some other subject.”

Practicing active “digital civics” — by hunting down the birthplace of a dubious assertion — is the only way to subdue an Internet zombie. You have to do this by yourself because, ironically, even an accurate fact-check posted online can be twisted, stripped and distorted — as it circulates on the Web — to a point where it’s as deceptive as the lie it sought to debunk.

The only other solution to the inherent untruth of an untrustworthy medium is another nugget — this one bleak and misanthropic — from Fox Mulder.

Without Trade Shows, What Are We Missing…Really?
Robo-Stars: The Three Greatest Droids of All Time
Alice in IoT Land: A cautionary tale 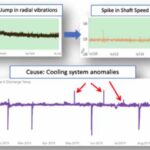