The Tunnel Circuit of the DARPA Subterranean Challenge starts later this week at the NIOSH research mine just outside of Pittsburgh, Pennsylvania. From 15-22 August, 11 teams will send robots into a mine that they’ve never seen before, with the goal of making maps and locating items. All DARPA SubT events involve tunnels of one sort or another, but in this case, the “Tunnel Circuit” refers to mines as opposed to urban underground areas or natural caves. This month’s challenge is the first of three discrete events leading up to a huge final event in August of 2021.

While the Tunnel Circuit competition will be closed to the public, and media are only allowed access for a single day (which we’ll be at, of course), DARPA has provided a substantial amount of information about what teams will be able to expect. We also have details from the SubT Integration Exercise, called STIX, which was a completely closed event that took place back in April. STIX was aimed at giving some teams (and DARPA) a chance to practice in a real tunnel environment.

Stronger Policies Needed to Protect the Public From Legionnaires’ Disease 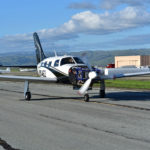