The deadly rainfall and flooding that devastated parts of West Africa this fall was 80 percent more likely to happen because of climate change, according to an international climate science collaborative.

The study from the World Weather Attribution, or WWA, also concluded that 2022’s seasonal rainfall in two major West African water regions, the Lake Chad and Niger Basins, was 20 percent wetter due to the impacts of climate change. Nigeria, Niger, Chad, and Cameroon, all of which have territories within either of the two basins, were the most impacted by the flooding.

The team of researchers used historic weather data and computerized climate models to compare the likely intensity of seasonal rainfall in the Lake Chad Basin with and without human activities altering the climate. They found that the region’s extreme rainfall would have been unlikely without human-caused warming. Now, such rain is likely to occur once every 10 years.

In September, Chad, one of the poorest countries in the world, experienced its heaviest seasonal rainfall in over 30 years; Thousands of residents of N’Djamena, the capital, were forced to flee their flooded homes. Lake Chad had received rain earlier than the seasonal norm, causing the lake’s water levels to rise higher than the two rivers that feed it. The excess water then flooded surrounding towns and villages. That same month, in Nigeria, more than 600 people died and nearly 1.5 million were displaced as a result of flooding, particularly in already vulnerable fishing and farming communities along the Niger River.

West Africa’s monsoon season occurs from May to October and frequently causes severe flooding in much of the region. However, the devastation caused by the historic flooding, the WWA’s researchers noted, was far greater due to the proximity of human settlements and agriculture to flood plains. High rates of poverty, as well as political instability in the region, has increasingly driven communities to settle in geographic areas that are more vulnerable to flooding and other natural disasters. Somewhat paradoxically, the climate in the Lake Chad and Niger River Basins is also getting drier due to desertification, as the Sahara desert to the north continues to encroach south. This phenomenon is also contributing to impoverished communities moving closer to flood plains in order to survive.

Flood vulnerability has also increased the risk of water-born diseases being transmitted to communities. Cholera outbreaks were feared in Nigeria in the aftermath of September’s flooding. In Pakistan, where the summer’s monsoon rains displaced millions and submerged a third of the country, malaria, diarrhea, and other diseases spiked in flood-ravaged communities.

The disproportionate impacts of climate change on the developing world have become a rallying cry for activists from Africa, Asia, and parts of the Americas as this year’s United Nations climate conference, known as COP27, continues in Egypt. Lake Chad and Niger Basin countries are among the nations least responsible for greenhouse gas emissions, which are the largest contributing factor in human-caused climate change.
“Africa accounts for only four percent of global emissions, so polluters should not be allowed to influence decisions for their good,” said Adenike Oladosu, a Nigerian climate activist who attended COP27. “Rather, decisions should be taken in favor of vulnerable countries, like mine, that are affected the most by the climate crisis.”

This story was originally published by Grist with the headline Climate change made deadly rainfall in West Africa 80% more likely to happen on Nov 21, 2022. 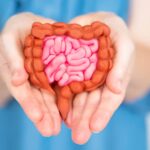 How Your Gut Health is Linked to Your Mental Health