TAIPEI — Wuhan Hongxin Semiconductor Manufacturing Company (HSMC) is the latest casualty in the technology war between China and the United States.

The debt-ridden company is insolvent, according to the company’s ex-CEO.

“Investors ran short of cash,” ex-CEO Chiang Shang-yi, told EE Times in a message via LinkedIn. “I got caught by surprise. It’s over now, and I’m back home in California.” Chiang, the former head of R&D at Taiwan Semiconductor Manufacturing Co. (TSMC), didn’t elaborate.

The municipal government of Wuhan, the epicenter of the coronavirus outbreak, has taken over the company. HSMC is under the control of the state assets supervision and administration commission for the Dongxihu district government in Wuhan, the South China Morning Post reported.

The US Government has blunted the progress of China’s chip industry on fears that its main strategic competitor will gain an advantage in key areas like 5G and AI. The United States earlier this year restricted exports to Shanghai’s Semiconductor Manufacturing International Corp. (SMIC) after concluding there is an unacceptable risk that equipment supplied to it could be used for military purposes. The United States has restricted exports of its EDA tools and chip-making equipment to China, limiting the expansion of SMIC and HSMC.

SMIC and HSMC had plans to start making 7nm chips to close the gap with larger competitors such as TSMC and Samsung, which are starting production of 5nm chips. The four companies compete as chip foundries, supplying products made to the specifications of semiconductor designers and branded companies like Apple and Qualcomm.

China has the world’s largest semiconductor market, yet supplies less than 20% of its demand for chips. The nation is expected to import more than $300 billion worth of semiconductors this year, exceeding the amount it pays for oil imports.

Semiconductors have become a linchpin in the competition between the US and China for technological dominance. Asian chipmakers have ramped up chip production at the same time as US investments have declined.

The news on HSMC comes as Reuters reported that Tsinghua Unigroup, a Chinese government-funded investor in the domestic semiconductor industry, has defaulted on a 1.3-billion-yuan ($197.96 million) bond. The default triggered a credit rating downgrade that is expected to weaken the company’s financial health, the Reuters report said.

Chiang Shang-yi is one of several top-ranking executives recruited from TSMC in recent years to work for chip companies in China. Liang Mong-song, a former senior director of R&D at TSMC who leaked process technology to Samsung, joined SMIC as co-CEO in 2017. 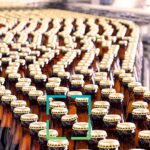