I’ve never had an interest in pursuing game such as deer or grouse. Hunting was never my thing. But I do enjoy a good technical challenge. And I recently found a challenge that involves hunting—with downed radiosondes as the quarry.

Radiosondes are instrument packages carried aloft by weather balloons. They measure atmospheric conditions up to altitudes of 30 kilometers or more, providing key data for the computer models that give us our weather predictions. Weather services around the world launch countless numbers of these balloons. The U.S.
National Weather Service (NWS) alone sends them up twice a day from about 100 different locations. During their flights, which can last as long as a few hours, they transmit data by radio. Eventually the balloons ascend so high that the low pressure causes them to burst. The radiosonde package descends, slowed by a small parachute.

Sometimes these radiosondes are found on the ground. The NWS reuses returned radiosondes when it can. Tracking one down and returning it would be a way for me to say, “Thank you” for the essential work the folks there do. My hunting gear would be a pair of homemade antennas and a software-defined radio (SDR).

Another invaluable aid was the
Sondehub Tracker website. It’s amazing: You can track the flights of weather balloons around the world in real time using data received by radio amateurs. I’ve been using this site to follow the balloons launched from the airport in Greensboro, N.C., about 70 km from my home. But the radio amateurs who have been tracking balloons launched from Greensboro are located quite far away, and they typically lose contact when the falling radiosonde reaches a few kilometers’ altitude, which leaves considerable uncertainty in the radiosonde’s final position. 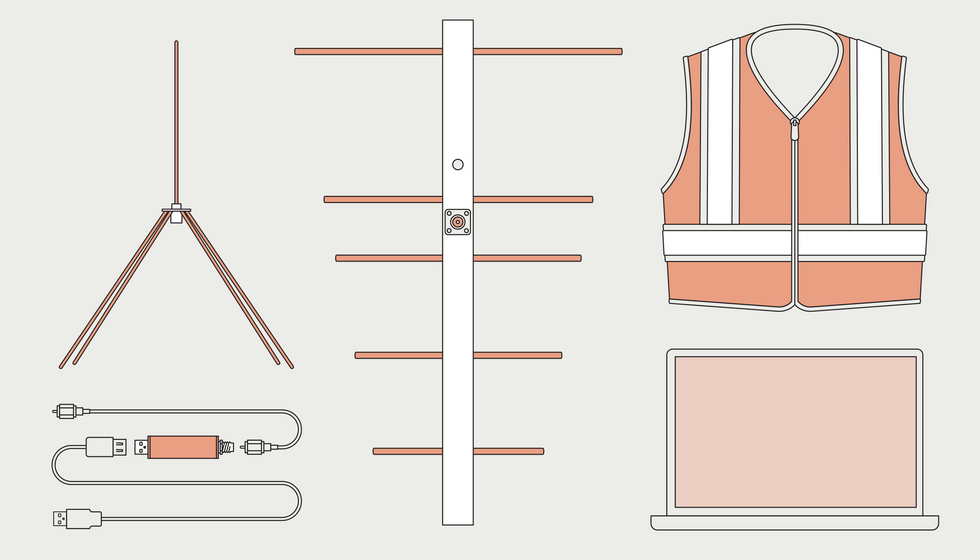 You can use an inexpensive software-defined-radio dongle [bottom left] to track radiosondes carried aloft by weather balloons. Even a simple omnidirectional antenna [top left] will serve for that, but a Yagi antenna [middle] provides greater sensitivity and directionality. A laptop runs the software used to analyze the signal, and an orange safety vest reassures onlookers.
James Provost

Clearly, I’d need to track these things myself, following them down as close to the ground as possible. Then I could go to my best guess for the landing site and try to pick up the signal from the downed radiosonde—transmitting perhaps from high in a tree (which would no doubt present its own interesting technical challenges).

The balloon data on the Sondehub site shows that the NWS in Greensboro is using
Graw DFM-17 radiosondes, transmitting on 403.4 megahertz. To receive these signals, I quickly cobbled together a 1/4-wave antenna (using an online calculator to size the elements), plugged that into an SDR dongle attached to my laptop, and ran the HDSDR software, which I had used for various other projects. In no time, I was picking up FM signals from the balloons being launched from the Greensboro airport at 7 a.m. and 7 p.m. each day.

It took just a little more work to figure out how to decode these signals so that I could track radiosonde position and altitude. For that, I use a program called
Sonde Monitor. A third piece of software, called Virtual Audio Cable, pipes the demodulated FM signal from HDSDR to Sonde Monitor for decoding. So with a decent signal, it’s easy to see the geographical coordinates and altitude of a radiosonde. Sonde Monitor can also plot the position of the radiosonde on Google Maps.

If you’re wearing an orange vest, everyone assumes that whatever you are doing is legit.

To further help me find a downed radiosonde, I built a directional antenna using
a handy website to design a five-element Yagi antenna for 403 MHz. I constructed it using some left-over PVC for the boom and some 1/4-inch-diameter (6-mm) copper tubing that I had in my scrap pile. Despite its origins as junk, it works great.

Weather balloons rise into the stratosphere, with their position dictated by wind movements at different altitudes. Each balloon eventually bursts, and the sonde descends by parachute. All the while, the radiosonde transmits telemetry.James Provost

Last night, I saw that the Sondehub Tracker was projecting that the 7 p.m. flight would end in Siler City, just 50 km from my home. (Readers old enough to remember “The Andy Griffith Show” might assume that this is a fictional town, but in fact it’s a real place.) So I gathered up my laptop, my antennas, and some food and water for my hunting expedition, along with one more essential piece of equipment: an orange safety vest. I didn’t really expect to
be taken for a bear and shot while tromping through the woods, but in a past life I used to be a geologist. I learned then that when you pull your car over on the highway and start snooping around, people (including state troopers) tend to think you are up to no good. If you’re wearing an orange vest, however, everyone assumes that whatever you are doing is legit.

After 40 minutes’ drive, I arrived at a convenient stopping place close to the estimated landing site, which put me in the parking lot of a food-processing facility. The late-shift workers must have wondered what I was doing waving around what must have looked to them like a shrunken TV antenna. From that nearby vantage, I was able to track the radiosonde down to just 200 meters or so above ground level. I then drove 6 km to a church located close to my last position fix. And from the church parking lot, I was easily able to pick up signals from the downed radiosonde, which allowed me to map its final position on Google Maps.

Because it was dark, I headed home, but I returned today in daylight to see whether I could spot the orange parachute and perhaps even retrieve the radiosonde, which had landed just 150 meters from the road. Alas, I was thwarted by some features of the terrain not apparent from Google Maps: a chain-link fence and signs warning that trespassers would be prosecuted. So I didn’t bring home any radiosonde trophies today. But one thing worked perfectly during my outings: the orange vest. Not one person so much as asked me what the heck I was doing!

This article appears in the September 2022 print issue as “Chasing Downed Weather Balloons.” 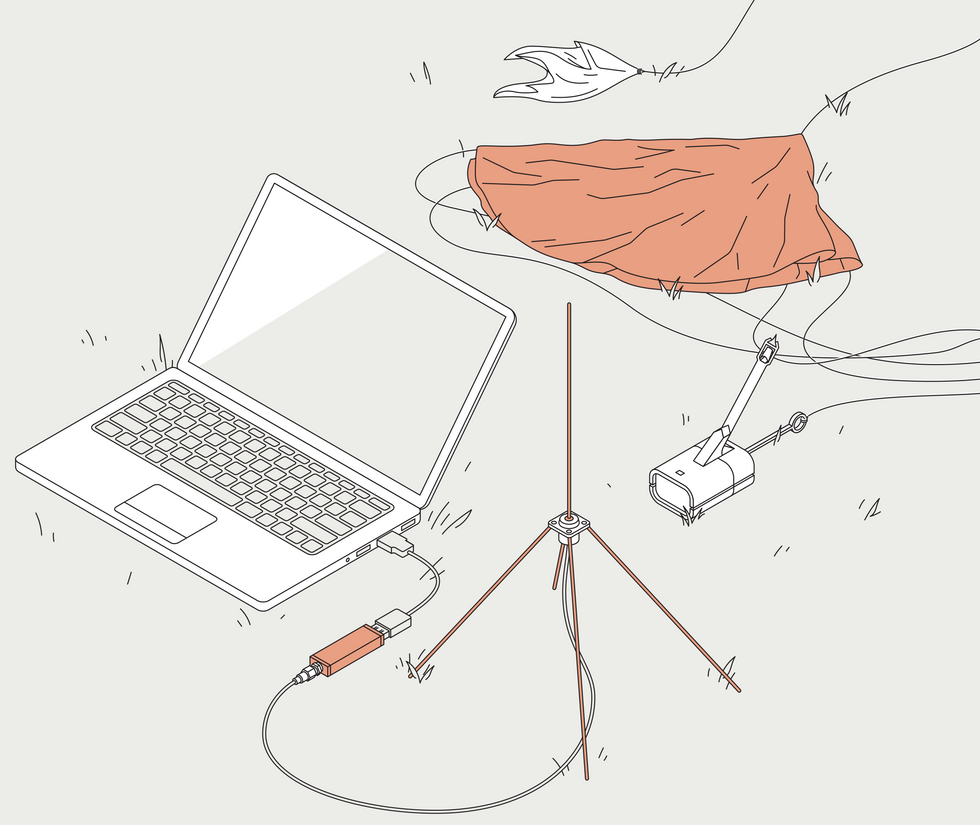 It’s official: California is phasing out gas-powered cars by 2035 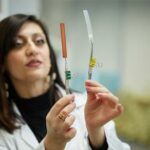