Non-small cell lung cancer is responsible for the largest proportion of cancer-related deaths in the US but despite the advent of immunotherapy and other targeted therapies, still relies heavily on highly toxic platinum-based chemotherapy. Now researchers have developed a shape-changing nanomaterial that disrupts and kills these cancer cells and improves the efficacy of anticancer drugs such as cisplatin [Baehr et al., Biomaterials 277 (2021) 121078, https://doi.org/10.1016/j.biomaterials.2021.121078 ].

“Cisplatin is an important chemotherapeutic agent for lung, head and neck, bladder, ovarian and testicular cancer [but] the main dose-limiting toxicity of cisplatin is kidney damage,” explains Kit S. Lam of the University of California Davis, who led the work with colleagues at Nanjing Agricultural University and the National Center for Nanoscience and Technology in China. “[We wanted to know if we] could develop an effective but less toxic nanoparticle drug that targets the lysosome. And if yes, can the drug synergize other cancer drugs such as cisplatin, in vitro and in vivo?”

The answer appears to be yes thanks to a nanomaterial made from peptide amphiphiles that self-assemble into nanoparticles. These nanoparticles are taken up by lung cancer cells where they target organelles known as lysosomes, which are involved in managing cellular waste and recycling, signaling and energy metabolism. The acidic pH of the lysosome triggers the nanoparticles to transform into nanofibrils, which rupture the lysosomal membrane, leading to cell death.

The cell-penetrating transformable peptide nanoparticles or CPTNPs are not only toxic to lung cancer cells in this way but also heighten sensitivity to cisplatin by a factor of four. The researchers believe that CPTNPs release any drug molecules trapped in the lysosome when the nanofibrils rupture the membrane. By freeing trapped cisplatin, CPTNPs boost cytotoxicity without increasing the dose. In a mouse model, the combination of CPTNPs and cisplatin improved survival of non-small cell lung cancer by nearly two-fold.

“Any relatively non-toxic drug that can synergize cisplatin activity will have great clinical impact on cancer therapy,” says Lam.

CPTNPs are the first example of using molecular self-assembly and transformation for lysosomal penetration and drug sensitization. The researchers believe that biodistribution and tumor targeting can be improved to boost uptake by cancer cells and reduce accumulation in the liver and other organs. CPTNPs also have the potential to be conjugated with platinum to enhance efficacy at lower doses.

“This material utilizes an unusual mechanism compared with other cancer therapeutics,” points out Christopher M. Baehr. “It is easy to produce and could be incorporated into current treatment regimens because of its strong synergism with cisplatin.”

Similar materials could be used in the future to lower cisplatin doses, improving patient tolerance of this type of chemotherapy. 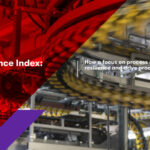 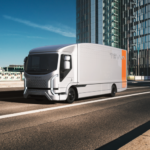