Just as the first snows have begun to quench the summer fires in the Rocky Mountains and the Sierra Nevadas, a major blaze has flared up on the California coast. It’s the sign that fall fire season has begun. The Alisal Fire, west of Santa Barbara, raged through dry brush over the last few days, growing rapidly. Fierce winds drove the fire from the ridgetop to the coast, cutting off a major highway and railroad lines.

“There have been incredible challenges, with winds gusting up to 70 miles per hour and starting spot fires up to a mile away,” said Jimmy Harris, fire chief of the Los Padres National Forest, at a press conference on Wednesday.

Authorities haven’t determined what started the Alisal Fire on Monday afternoon. They have been busy setting up perimeters to corral the swelling fire, which is only 5 percent contained. The wind has whipped down from the hills, carrying a plume of smoke out to the Pacific Ocean, and driving the fire though the coastal chaparral, a biome dominated by thick, evergreen bushes and shrubs. Over 15,000 acres had burned as of Thursday. The flames scorched the Tajiguas Landfill and threatened its $150 million methane capture system, and are now approaching a shuttered Exxon facility with empty petroleum tanks.

More than 1,300 firefighters, “a small army,” as Santa Barbara County Fire Chief Mark Hartwig put it, have gathered around the burn, but there’s only so much they can do in the face of unpredictable winds.

Fire season hits the California coast every fall. The winds that blow cooling fog onto California’s coast reverse course, and instead carry hot, dry air from the thirsty interior through the vegetation. The western edge of the state desiccates, creating the perfect conditions to spread the fire set off by careless campers, lightning sparks, or an arsonist’s torch. These winds, called the Santa Anas in Southern California, have ignited writers’ imaginations for decades. “Nobody likes the Santa Anas,” wrote John Ridley. “They start wildfires and spread them like a disease. The dryness of the air, the heat at night — it drives people crazy.” Joan Didion called it “the weather of catastrophe, of apocalypse.”

Didion wrote those words in the 1960s, before climate change turned up the heat, drying out the region even more. California is experiencing its worst drought on record, going back to the 1800s. While the amount of rain and snow falling has not changed much, the increase in temperatures has caused snow to melt earlier and rainfall to evaporate faster. Rivers have dried up, Lake Tahoe has shrunk into its basin, and the state has seen one of its biggest fire years ever.

Without rain, fires can burn along California’s coast throughout the winter. In December 2017, during California’s last record drought, the Thomas Fire burned some 280,000 acres along the coastal ridges not far from the Alisal Fire. And it kept burning until the following March. Blazes in the mountain forests and the coastal chaparral can keep firefighters working year round. Fire officials in California have begun to make grim jokes about the off season lasting just long enough for a quick nap.

“Fire season can be year round now,” said Mike Eliason, a public information officer for the Santa Barbara County Fire Department. “I’m getting kind of tired of saying each year that it is the worst fire season ever.”

This story was originally published by Grist with the headline California’s Alisal Fire signals that fall wildfire season is underway on Oct 15, 2021. 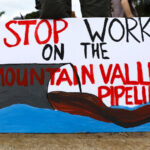 Report: Biden has the power to prevent 1.6 billion metric tons of emissions annually 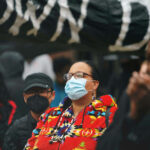