One of the frustrations of using a smartphone is having to fiddle with network settings, switching between cellular and Wi-Fi hoping to find the best connection. Just prior to the opening of CES this year, the cable industry announced it is developing a network technology that will handle those connections and hand-offs automatically.

CES is all about products, but with each successive CES show more and more products are connected, and all along the connections are becoming more critical. It’s a pretty short leap from smartphones to wireless service, so it’s easy to see why execs from Verizon and AT&T regularly get invited to CES to present keynotes (this year it was Verizon CEO Hans Vestberg’s turn). But while wireless operators get the spotlight (literally at CES), cable companies continue to be the main residential broadband providers in the U.S.

Recommended:
Check out Our Live Coverage of CES 2021

In the U.S., cable and wireless operators are bitter rivals, but outside the U.S. there are many prominent providers that offer service on both cable and wireless networks (that includes CableLabs members such as Vodaphone, J:COM, Rogers, and Shaw). Either way, how cable service works matters.

And that’s why CableLabs, the cable industry’s technology testbed and innovation center, developed a way for network operators to manage smartphone connectivity by figuring out which available network is offering the best service and automatically making the switch, without the smartphone user having to intervene — or even be aware the switch is being made. The cable industry is calling this Intelligent Wireless Network Steering (IWiNS).

Mobile steering is not a new idea. Some solutions are network-based; others are client-based. CableLabs explains that both have drawbacks, and that’s why it developed IWiNS, which marries both approaches. It is a network management facility (that can work on any kind of network) that also uses client software on the mobile device.

That client does not require any change to the operating system of the device, CableLabs CEO Phil McKinney explained in a briefing before the formal announcement.

“You have a ‘network engineer’ embedded in your device that figures out where the best place is for traffic. Today, you typically have everything on cellular, or everything goes to Wi-Fi,” he said. IWiNS will look at the application and move traffic to the connectivity option that makes the most sense for that application.

US cable operators are entering the cellular business through MVNO (mobile virtual network operator) partnerships (they can make IWiNS work either way), and they are also planning on building wireless networks that operate using licensed and unlicensed CBRS spectrum. McKinney said IWiNS will work with CBRS “soon.”

IWiNS gives the cable industry a means of competing against cellular with an advanced service, while the cellular companies are still trying to foster and promote applications for 5G to replace the ones they originally were expecting would drive 5G adoption, but which haven’t yet developed. Examples of those include vehicle-to-vehicle communication and fixed wireless broadband.

CableLabs considers IWiNS part of its 10G strategy. The fastest cable broadband service is roughly 1 Gbps, though it can’t reach that speed on the upstream. The 10G strategy includes getting to symmetrical multi-gigabit service.

McKinney also provided an update on the industry’s DOCSIS 4.0 specification, which defines the technologies that will enable cable operators to boost their broadband rates into the multigigabit realm. The spec itself was completed not quite a year ago, but nobody in the cable industry was expecting product any time soon. After all, most cable operators still haven’t fully exploited the full potential of the current DOCSIS 3.1.

McKinney said silicon providers are still working on a DOCSIS 4.0 chip. There was some speculation that there might be multiple chips that implement different aspects of the 4.0 spec, but McKinney insisted there would be a single DOCSIS 4.0 chip.

The core chip will be same, McKinney said. The products that use the chip will be different, and they will require a slightly different front-ends depending on which of two different types of product you’ll make with it, he said.

CableLabs hasn’t identified the chip suppliers, but they are reported to be Broadcom and Maxlinear.

For those who would like more information about iWiNS, an executive summary is here, and you can get a white paper through a link at the bottom of this page (free registration required). 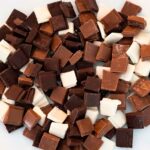 CES 2021: A Countertop Chocolate Factory Could Be This Year’s Best Kitchen Gadget 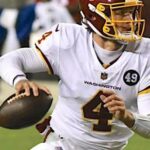 He’s One of Us: NFL Quarterback is a Math Major at ODU