Biden calls climate change an ‘emergency,’ but stops short of declaring it

Last week, Senator Joe Manchin of West Virginia, the upper chamber’s main swing vote, dashed President Joe Biden’s hopes of passing a climate bill before midterm elections that could undo Democratic majorities in both houses of Congress. Getting inflation under control, Manchin argued, is more important than climate action. For the time being, the president has one avenue left for tackling the biggest issue of our time: the powers of the executive branch.

On Wednesday, during a heat wave that’s affecting 200 million Americans, the president unveiled a series of executive actions related to tackling the climate crisis and said that more are on the way. “I come here today with a message,” Biden said at the site of a former coal-fired power plant in Somerset, Massachusetts, in front of an audience that included several members of Congress. “As president I will use my executive powers to combat the climate crisis in the absence of congressional action.”

Biden noted three steps he’s taking to address climate change. The first is dedicating $2.3 billion to the Federal Emergency Management Agency’s Building Resilient Infrastructure and Communities program, an initiative aimed at making communities more capable of withstanding the impacts of climate change, such as heat and flooding. The funding, the White House said, is double what the program administered to communities last year.

The second initiative that Biden highlighted is a new guidance from the Department of Health and Human Services that will help states and tribes figure out how to expand access to air conditioners, electric heat pumps, and cooling centers using existing money from the bipartisan infrastructure law passed by Congress last year.

The third prong of Biden’s announcement is a new effort by the Department of the Interior to expand offshore wind power in two sites in the Gulf of Mexico — one off the coast of Texas and the other off of Louisiana. Those two sites, the White House said, could eventually produce enough energy to power 3 million homes. Biden also said he also directed his administration to look at potential new sites for offshore wind and other renewable energy development off the coasts of Florida, Georgia, South Carolina, and North Carolina.

Biden called these steps “historic” in his speech on Wednesday, but they don’t represent a robust new effort to mitigate the emissions causing climate change. They’re certainly a far cry from the $555 billion the president originally hoped Congress would spend on climate action. Biden noted that the more than $2 billion the Building Resilient Infrastructure and Communities Program is getting this year is the most money a president has ever directed to the initiative, but the program has only been distributing funding since 2020. The guidance from the Department of Health and Human Services pertains to just $385 million in existing funding. And the Biden administration was already considering opening up new areas in the Gulf of Mexico for offshore wind development.

Climate activists were quick to blast Biden for not doing enough. “President Biden’s announcements, while welcome, don’t even scratch the surface of what’s needed and what communities suffering most are demanding,” Collin Rees, U.S. program manager at the climate group Oil Change International, said in a statement.

Rees and other climate advocates think the president should have gone further on Wednesday and declared a “climate emergency,” similar to the presidential decree former president Donald Trump issued in order to speed up construction of a border wall with Mexico in 2019. Declaring a climate emergency under the National Emergencies Act would allow Biden to free up funding for climate-related measures without Congress’ approval and limit oil and gas production and exports. The Biden administration was reportedly considering issuing such a declaration in the days leading up to his visit to Massachusetts but ultimately decided against it for the time being.

During his speech on Wednesday, Biden hinted that declaring a climate emergency isn’t entirely off the table. At the very least, we can expect the president to make more climate-related announcements soon. “Let me be clear,” he said. “Climate change is an emergency. In the coming weeks I’m going to use the power I have as president to turn these words into formal, official government actions through the appropriate proclamations, executive orders, and regulatory powers the president possesses. I will not take no for an answer.”

This story was originally published by Grist with the headline Biden calls climate change an ‘emergency,’ but stops short of declaring it on Jul 20, 2022. 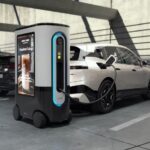 This Car Charger Bot Will Also Hold Your Spot 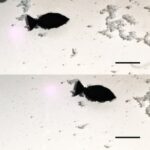