The Biden administration and 11 states on the East Coast are working together to accelerate the construction of offshore wind projects in the United States. For the last two decades, the U.S. has been lagging far behind Europe and Asia — in no small part because of opposition from the fossil fuel industry. Now, with a push from the federal and state level and growing investment from the private sector, the country may finally begin to close the gap.

Through a new initiative called the Federal-State Offshore Wind Implementation Partnership, Biden administration and governors from states where offshore wind projects exist or are in the works aim to expedite permitting processes, build the infrastructure and ships required to construct and maintain the offshore wind projects, and streamline the supply chain for the massive installations. The partnership currently includes Connecticut, Delaware, Maine, Maryland, Massachusetts, New Hampshire, New Jersey, New York, North Carolina, Pennsylvania, and Rhode Island. In time, the administration hopes to also include states along the Gulf and West Coasts, too.

In remarks announcing the initiative on Thursday, President Biden said, “I can’t tell you the last time I’ve been this excited about something we’re about to do, because I think we can change — literally begin to change — the nature of how we generate energy.”

The U.S. currently has the capacity to generate 42 megawatts of power from offshore wind. President Biden wants to increase capacity to 30,000 megawatts by 2030 — enough to power 10 million homes. In order to do that, the Department of Energy estimates the country will need 2,100 wind turbines, five to six specialized installation vessels (as well as a fleet of other support ships), and 6,800 miles of cable to get the electricity from the offshore sites to the cities that need it. Meeting these targets is critical to the U.S.’s goal of powering its electricity grid with clean energy by 2035.

There are several speedbumps slowing down progress, however, which the federal government and states hope to smooth out. One is issuing permits. The Biden administration has pledged to expedite environmental reviews and permit decisions for offshore wind projects, including 10 currently under consideration.

Another factor causing a bottleneck is the limited number of specialized ships capable of carrying the blades and other components for the turbines, which are taller than skyscrapers. There are just over 30 of these ships around the world. Now, the Biden administration has designated these ships as “vessels of national interest,” which means shipyards can apply for federal funds to update their facilities and build more of them.

This story was originally published by Grist with the headline Better late than never: Biden administration unveils new push for offshore wind on Jun 27, 2022.

Co-polymer folds into a new phase 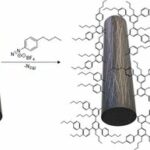