Suddenly, trucks are the darlings of the media.

Lots of ink has been spent on the EV truck competition between startup Nikola Corp. and Tesla, Inc. The drama escalated when General Motors this week scrapped its alliance with Nikola, which resulted in  Nikola shelving its “Badger” pickup truck.

All this hoopla was about EV trucks. Autonomous trucks, however, are a different story.

Autonomous trucks are getting more attention and heavier investment as the Covid-19 pandemic heightens demand for truck-based transportation services.

In two previous columns I used a pictorial view of the competition and cooperation among the developers and future users of autonomous vehicle software driver platforms. The columns are here:

This column provides a summary and perspectives on where the autonomous truck software platform stands. The following figure is a pictorial view of the leading AV software platform companies and their potential customers. The figure has more coverage of U.S. companies than other regions, but key foreign companies are included.

The figure has four rows of companies with AV software platform companies being the third row from the top. The truck OEMs or truck manufacturers are in the second row. The trucking fleet companies are listed in the bottom row and most are on the side-line today or no information is available. The top row includes the logistics companies and few have released information on autonomous truck testing, but most are likely doing something.

The status of the autonomous truck software driver platforms is a work in-progress and it is not as complex as the AV software platform for robotaxis as you can see below. Many of the truck OEMs, logistics companies and trucking fleets have not chosen software platforms yet. That creates a lot of arrows with question marks in the figure. Future versions of the figure will expand coverage as more companies enter the autonomous truck segments.

TuSimple
TuSimple is considered the current leader in autonomous truck development—at least in customer engagement as seen in the above figure. Additional companies have or are working with TuSimple, but their names are not public—the total is over 20. TuSimple is based in San Diego and also has extensive activities in China. TuSimple was founded in 2015 and currently has VC investment of nearly $300 million with another round of $350 million in the works. TuSimple has 40 autonomous trucks in use in the U.S.

TuSimple has testing partnerships with several trucking fleets such as UPS, Penske Truck Leasing, U.S. Xpress and grocery and food-service distributor McLane, which is owned by Berkshire Hathaway. UPS was one of the first customers to sign up with TuSimple.

In July 2020, TuSimple announced with key trucking players the start of an autonomous freight network (AFN) in the U.S. The AFN will have three stages with expanding coverage.

Phase 1 happens in 2020 and 2021 and includes service between Phoenix, Tucson, El Paso, Dallas, Houston and San Antonio. The longest route is a 1,000-mile drive between Phoenix and Dallas. Phase 2 is planned for 2022-23 will add service from Los Angeles to Jacksonville. The phase 3 goal is to be shipping nationwide by 2024.

Three of its current customers have made undisclosed investments in TuSimple—VW Traton, Navistar and UPS.

TuSimple is using Nvidia GPU platforms and has an agreement with ZF for computer hardware production using the ProAI product line. ZF will also produce some the AV sensors.

Waymo
Waymo is recognized as the leader in AV software platform development due to its early start in 2009 and extensive investments. It has developed the Waymo Driver software platform that is focused on three AV use-cases—robotaxis, autonomous trucks and goods deliveries. The robotaxi service started in Phoenix area with paying customers in December 2018 with a safety driver as a backup. Waymo started driverless service for a small portion of its rides in September 2019 with nearly all becoming driverless in October 2020.

Waymo is testing goods delivery with the vans used in its robotaxi service in Phoenix area. In early 2020, Waymo started a pilot project with UPS to pick up packages at UPS stores and deliver the packages at UPS sorting facilities.

Daimler purchased Blacksburg, Va.-based Torc Robotics in 2019 to boost its autonomous truck development. Torc is a pioneer in self-driving technology with its founders participating in the DARPA events that kick-started the AV race.

Waymo has the most experience in AV technology and the most AVs in operation. By now, Waymo has over 25 million miles of road testing and around 20 billion miles of virtual or simulation testing. Waymo has about 1,500 employees with the vast majority in Waymo One—its robotaxi service business. All of this experience is now being leveraged to Waymo Via development and was a key factor in getting Daimler as its first truck customer. Waymo Via is likely to add more trucking customers in the future.

Ike Robotics
Ike Robotics was founded in 2018 and is headquartered in San Francisco. VC investments have surpassed $52M. Its founders had strong experience from Apple, Uber and Otto.

For a small company, Ike has been successful in getting three key customers—DHL, Ryder and NFI. These three companies have collectively reserved the first 1,000 autonomous trucks Ike will make. Ike is focused on the hub-to-hub transportation segments.

Ike decided to license autonomous delivery company Nuro’s AV software stack. The copy of Nuro’s autonomous software was a one-time event and Ike  is evolving and advancing its own version. Ike does not have a continuing technical connection with Nuro. Ike got IP rights and a copy of relevant items that Nuro built, including the autonomous software stack, data logging, maps and simulation and some hardware designs. Nuro got a minority stake in Ike as part of the deal.

This arrangement with Nuro saved a lot of development time for Ike and contributed to its rapid growth and success in acquiring key customers. It also gave Ike credibility with VCs and hiring in a tight market.

Ike is focused on AV safety and has filed two safety reports in September 2019 and August 2020. It already has plans for future updates of its safety reports. It is interesting to notice that Ike is not in a race to deploy autonomous trucks first. Instead it is deliberate in learning how to safely develop it autonomous truck systems and learn from its customers operational experience.

Plus
Plus was founded in 2016 and is located in Cupertino, California. It has received over $200 million in VC investments. Plus is operating and has customers in U.S. and China. In the U.S. Plus has about 20 autonomous trucks for testing. Plus has tested their autonomous trucks in 17 states.

Plus works with 4 of the top 10 truck OEMs in the world, but only FAW Jiefang, China’s largest truck manufacturer, has been publicly disclosed. The other three truck OEMs are outside China. Plus and FAW  will launch production of a SAE L2 semi-autonomous truck. A L4 autonomous truck is planned for launch by FAW in three to five years.

Plus currently have pilots with several top 10 logistics providers in the U.S, including pre-orders for future automated truck system. Plus is also piloting with leading logistics companies in China. None of the logistics company names are publicly available.

Plus is focused on AV testing and announced in July 2020 that they made an agreement with the Transportation Research Center (TRC) in Ohio to conduct extensive testing of their autonomous trucks. In October 2019 Plus partnered with the Minnesota Department of Transportation to test its technology on the agency’s cold-weather testing facility near Minneapolis.

In late 2019, Plus completed a 2,800-mile commercial freight test run on behalf of Land O’Lakes, traveling from Tulare, CA to Quakertown, PA in less than three days.

Inceptio Technology
Inceptio Technology was founded in 2018 with headquarters in Shanghai. It has raised over $220 million in VC funding. The autonomous truck effort is focused on China. It also operates transportation services which currently targets L3 and L4 level inter-city trucking on public roads. Inceptio was co-founded by G7, the largest fleet management platform in Asia, Global Logistic Properties (GLP), a leading logistics company and NIO Capital.

The operational experience and needs of the two Inceptio co-founders, GLP and G7, provides strong incentives to develop and deploy autonomous truck technology. Hence, Inceptio is an autonomous truck player worth watching.

Inceptio has partnerships with truck OEM including Dongfeng and Foton, which are responsible for developing vehicles platforms for autonomous trucks.

Inceptio also has a subsidiary in Fremont, California. Inceptio received a license to test autonomous cars on Californian roads.

Einride
Einride is a Swedish startup focusing on electric and autonomous trucks. It has received $42 million in VC investments. It is using teleoperation as part of the AV software platform and is actively hiring truck teleoperators. I think it is the most interesting European AV startup. Einride may be an acquisition candidate.

Einride is currently testing only in Sweden and primarily in restricted areas. Einride is planning to enter the U.S. market, but has probably been delayed from pandemic issues.

Einride introduced its second-generation pods in October 2020 under the designation Autonomous Electric Transports (AETs) with four model: AET-1, AET-2, AET-3 and AET-4. These short-to-medium-distance electric and L4 autonomous trucks are available for orders to customers around the world. Use-cases are focused on closed facilities, ports and harbors along with some public roads.

Next column
The next column will look at a few more autonomous truck software platforms. The main focus is to add perspectives on the truck OEMs, logistics fleets and trucking fleets. 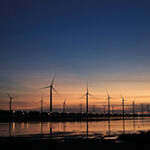