Blaize, formerly ThinCI, has closed a Series D round of funding at $71 million. New investor Franklin Templeton and existing investor Temasek led the round, along with participation from Denso and other new and existing investors. This round brings Blaize’s total funding to around $155 million total.

Blaize is one of the most mature startups building AI accelerator chips for edge applications. The company taped out test chips with its graph streaming processor (GSP) architecture two years ago, and last year launched system-on-modules and PCIe cards featuring its chip. The Blaize chip offers 16 TOPS inference performance in a 7W power envelope, with Blaize primarily targeting automotive in-cabin applications such as occupant monitoring, ADAS and infotainment.

“Automotive is going through this huge transformation,” Blaize CEO Dinakar Munagala told EE Times. “Just like a phone became a smartphone, a car is becoming a smart car. Tesla has come in with disruption at the silicon level. They see the car having central compute — one or two computers running the car entirely — and selling upgrade packages for better driving capabilities. They’ve completely disrupted the market.”

Munagala said that while the automotive industry will shift to central compute in the longer term, in the near term a scaled down AI accelerator will be useful for dedicated applications around the vehicle.

One of the company’s major investors, Japanese Tier-1 Denso, is also a customer. Denso subsidiary NSI-TEXE has been appointed as a sales rep for Blaize in Japan, servicing Denso and other customers outside automotive. Blaize confirmed that while NSI-TEXE originally licensed Blaize’s IP, the focus of the partnership has shifted to reselling Blaize modules and cards (Munagala confirmed that IP licensing is no longer part of Blaize’s business model).

Richard Terrill, Blaize’s vice president of strategic business development, said that NSI and its parent Denso are considering vehicles plus infrastructure in a holistic way.

“They’re very much committed to programmability,” he said. “They’re mindful that a vehicle deployed onto the road is a candidate for features to be added to it through software via over the air updates, and having that full programmability allows NSI and Denso to provide substantial differentiation to their OEM customers, in so far as they can load up new capabilities even after the vehicle has been deployed. That’s a big interest point for them.”

Blaize wants to position its AI chips and software as a part of this programmable solution.

The company has been working on gaining ASIL-D certification for its products for multiple years, Munagala said.

“You cannot retroactively add that [capability] to a product once it’s built,” Munagala said. “You need to do that from the get-go… our roadmap of products will be delivering ASIL-D.”

Outside automotive
Outside the automotive arena, Blaize modules are selling into smart retail, smart home and smart city applications. Munagala referred to a Korean customer who is building a smart security system for the home, as well as an engagement with “one of the largest North American Transit Authorities,” with potential applications in thousands of buses and trains.

The company also has a Japanese smart retail engagement with a potential customer interested in using edge AI to determine whether shoppers are wearing face masks, analyse customer sentiment, detect shoplifting and power automated cashier-less checkouts. Edge AI is required as cloud processing has too much latency attached, Terrill said, as well as being expensive and having low accuracy. While this system is still in the trial phase, the pandemic has underscored the need for cashier-less operation in particular.

“We showed them a way to do shoplifting detection in the point-of-sale system, and because that wasn’t hard to do, we had a lot of compute cycles left over,” Terrill said. “We were able to add additional capabilities into the same system for shelf analysis to tell whether inventory needs to be moved around, or we can analyze customer sentiment.”

Blaize’s engagements also include legacy electronics OEMs looking at ways to add AI to appliances and other systems. While Blaize is not able to discuss publicly any customer systems that are in production, the market for edge AI is absolutely ready, Munagala said.

“The markets are already happening – some areas have led, like automotive, where they have long horizons and are looking at building technology that’s going to be relevant 7 years from now,” Munagala said. “As we talk to customers, they’re trying to get [closer] to the edge, and it’s for various reasons – could be privacy, could be low latency, could be not saturating the pipe. Those are the dynamics we are seeing.”

Product roadmap
What does the future hold for Blaize? The company’s product roadmap includes continuing what Munagala calls the “Herculean” task of gaining automotive ASIL-D certification. Future products will include chips big enough for the central compute model of the future vehicle.

“Transfer learning is something our customers are getting very excited about,” Munagala said.

Transfer learning is a technique where models developed and trained for one application are used as a starting point for another application, as a kind of short cut. Blaize’s software platform, AI Studio, is applicable here; it is a code-free platform for edge AI application development.

Future generations of products could be bigger, to enable TOPS-hungry edge AI applications, as well as expanding to workloads like NLP (natural language processing) and recommendation. Munagala’s example is a security camera system collating and analyzing many video streams at once, tracking people from one camera to the next, monitoring behaviour, etc.

“The obvious next thing for us is a larger chip that can get into those on premises applications,” he said.

And while Blaize’s chip is programmable to accommodate different workloads, chips with more specialized architectures could be another possible next step. “There could be areas that need some specialized processing help,” Munagala said.

The company currently has 315 employees, with plans to grow by roughly 150 people over the next 18 months. Total funding raised to date is around $155 million and Blaize system-on-modules and accelerator cards, plus the AI Studio software platform, are available now. 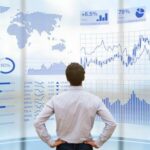 Gus Grissom and the ‘Hatch Crap’