Aurotek TSB specializes in the production of precision thin-section bearings for a broad array of industries. These bearings are used in a variety of applications, namely, for use in defense weapon systems, medical equipment, radar equipment, aerospace guidance systems, packaging machines, industrial assembly machines, and robotics for security, medical, nuclear, and defense systems.

Peter Schroth, President of Auburn Bearing & Manufacturing, notes that this acquisition aligns with a strategy to expand product offerings to include American-made precision radial bearings, along with current thrust ball and roller bearings, in low- to mid- volume production runs and with reasonable lead times.

Aurotek TSB was founded by Dr. Don Cancelmo, who spent his entire career working in the thin section bearing industry. Auburn Bearing & Manufacturing had been a supplier of rings and bearing components to the company since 2011.

Previously located in Herkimer, New York, the operations and assets of Aurotek TSB will be moved to Macedon, New York, where the business will continue to operate within the Auburn Bearing & Manufacturing facility.

Founded in 1989, Auburn Bearing & Manufacturing Inc. is one of the oldest continuously operating thrust ball bearing manufacturers in the U.S., and is known for its exclusive line of V-groove thrust bearings, which are designed to reduce rolling friction. Today, ABM specializes in manufacturing custom ball and roller thrust bearings in low- to mid- volume, as well as in custom manufacturing of precision machined components.

How to stop runaway deforestation? Look at Indonesia. 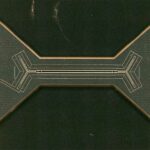 Coding for Qubits: How to Program in Quantum Computer Assembly Language