Everywhere around the globe, people have told stories about a Great Flood. You probably know the basics: an angry deity, a world gone underwater, and a chosen handful who survived. The Bible tells of Noah and his family on the high seas, clinging to life on a zoolike ark. The Aztecs imagined a couple waiting out the floodwaters sealed within a hollow cypress tree, with just two ears of maize to eat. An ancient Chinese flood myth pictures a brother and sister surviving the deluge inside of a giant, magical gourd.

Stories like these are usually considered ancient works of fiction, impermeable origin myths or fanciful fables, but there’s reason to believe that many tales of drowned lands began as eyewitness accounts. People have been passing down these memories for thousands of years, embellishing and exaggerating them along the way, says Patrick Nunn, a geology professor at the University of the Sunshine Coast in Australia. His new book, Worlds in Shadow: Submerged Lands in Science, Memory, and Myth, is a thorough account of how lands got submerged over the course of history and how people responded as their homes started going under.

Nunn isn’t exactly the sort of person you’d expect to write a book about things like Atlantis. He’s been part of the United Nations’ Intergovernmental Panel on Climate Change since the 1990s, sharing the Nobel Peace Prize awarded to scientists on the panel in 2007. He has spent much of his career in the Pacific, studying rising seas, islands, and history and culture, and writing a handful of books along the way. His 2018 book The Edge of Memory explored the treasure trove of knowledge contained in oral history — like the cataclysmic explosion of Mt. Mazama that created Oregon’s Crater Lake 7,600 years ago, a story of caution repeated across countless generations of the local Klamath Tribes. That theme is echoed in Worlds in Shadow, where Nunn writes that much of what scientists claim to have “discovered” about drowned lands “was actually already known, preserved in cultural memories.”

Just as people had reason to fear volcanoes, they also had reason to fear unpredictable seas. Sometimes lands drowned abruptly because of earthquakes or rapid ice melt, and towns were suddenly underwater. Other times, the ocean crept up slow and steady. Over the millennia, each generation of people living along the coasts, Nunn writes, would have noticed profound changes in the landscape. Twenty-thousand years ago, the planet was in the throes of the last ice age, with vast stores of water locked away in ice sheets. Then the world warmed and that ice melted, flooding coastlines and engulfing islands. Between about 15,000 and 6,000 years ago, the ocean’s surface rose nearly 400 feet on average across the world — plenty of fodder for stories of life-changing floods.

“This loss of land,” Nunn writes in the book, has “shaped human history to an extent that most of us underestimate.” People resisted the encroaching ocean, building sea walls, or relocated, moving uphill or paddling offshore to find new homes.

Today, history is repeating itself. With the climate warming dramatically, ice sheets are melting again. The ocean has risen about 8 inches over the past century — a faster rate than any time in the past 10,000 years.

Grist caught up with Nunn over Zoom to ask some hard-hitting questions, such as: Is there any truth behind movies like Atlantis and The Little Mermaid? And more importantly, what do ancient stories about submerged lands tell us about the future? His answers were more reassuring than you might expect. This interview has been condensed and edited for clarity.

Q. I feel like people are pretty anxious about sea-level rise right now. What do you want them to know about the changes that are coming?

A. I think it should give people some degree of comfort to understand that this situation, in many ways, is precedented. This has happened before, and it has happened many times within the era of modern humans. What we’re being confronted by at the moment in terms of rising sea level is unprecedented in its rapidity. That’s something that we have to realize is a point of difference.

The best science that we have about the future seems to suggest that the level of the ocean surface is going to be at least a meter [3.3 feet] higher by the end of the century, and that the rise in sea level is going to continue for possibly another 100 or 200 years after that. And of course, many people when they hear that, they throw their hands up in horror, and they say, “How are we all going to cope?” Well, I think the message of Worlds in Shadow is that we will get past this. This is not a challenge that threatens the existence of humanity, not by any means.

Q. What are some of the ways that people responded to their homes getting swallowed up by the ocean?

A. Well, in the book, I start with an example from Haida Gwaii, or the Queen Charlotte Islands, as many people know them, off the west coast of mainland Canada. There are Haida stories that go back as much as 12,700 years that talk about the sea level rising and submerging coastal settlements, even submerging entire islands, and then the people who live there being forced to disperse to other places where there was dry land. When I first read that I was incredulous — you know, that’s a story that has survived for a very, very long time.

In Australia, it’s incredible. Some of the Aboriginal stories actually talk about how people feared the ocean would rise and cover the entire land, and then what would they do? The stories also talk about some of their responses, about how, probably around 7,000 or 8,000 years ago, people were going out and rushing to build sea defenses and wooden palisades and things like that.

Q. You write a lot about the importance of oral history and how stories like these have typically been dismissed by scientists. Why do you think that is?

A. I still go to geological conferences and try to convince my colleagues that there is some merit in looking at these stories, and I get a lot of pushback. And I think it’s simply because the stories are communicated in a language that is not the language of science. It’s really a prejudice. It’s something that I called, in an earlier book, “the arrogance of literacy” — the idea that if you can read or write, then you tend to privilege reading and writing above oral communication, you tend to think of oral societies as backward, and you tend to say, “Well, they have nothing of value to offer the literate world.” I think that’s nonsense.

Q. In the book, you said that movies like Atlantis and The Little Mermaid have this tiny nugget of truth in what they were originally based on. Could you say more about that?

A. Absolutely. Mermaids, you know, those stories have been around for 3,000 years or more. It seems almost certain to me that stories about mermaids and similar folk elsewhere in the world represent, at their core, memories of lands becoming submerged. You know, “Oh, sometimes we see mermaids over there sitting on the rocks, combing their long hair” —  that’s a way of keeping alive the memory in an oral society.

Plato, who wrote about Atlantis around 360 B.C., was concerned with what makes an ideal society, and he tried without success to get his ideas taken up by the rulers of various places in the Mediterranean, and they didn’t. So he invented a story about a place that had been like that, and had run very successfully, called “Atlantis.” And then, of course, things started to go wrong, and then the gods submerged Atlantis cataclysmically as a result. It’s very interesting because where Plato was writing from in the eastern Mediterranean, there are islands that blow themselves up, and there were earthquakes that moved the land up and down and created giant waves. So, all these elements of the cataclysmic end of Atlantis were drawn from real life to make the narrative more compelling to many listeners.

Q. There’s this new word I’ve come across lately, “solastalgia” — a kind of homesickness for changes in the place, the landscape, we grew up in. What do we know about how people in the past reacted emotionally to losing their homes?

A. This is something that interests me incredibly. In many places around the world, we have evidence that the loss of coastal places was lamented, and is still talked about today. I’ve spent some time in Tamil Nadu in southern India. And the Tamil people have this extraordinary tradition about the submerged land of Kumari Kandam, which they say once lay off the south coast of peninsular India. All the poetry and the literature about Kumari Kandam is full of regret. You know, “If this hadn’t happened, we would be the greatest people on earth, we would rule the world, but fate or some perverse god took it away from us and left us in this situation.”

There are similar stories from Northwest Europe, including from the coast of Brittany in France, but also from England and Wales. This is something that you find, where something terrible happens in the environment and people blame themselves. “What did we do as a society that led to us being punished like this?”

Q. Any lessons from what the past can teach us about responding to sea-level rise today?

A. I am trying to explain to many coastal planners and politicians that “building back better” in the same place is not a long-term adaptation option. The most sensible thing to do right now — I’m not saying it’s the most practical thing — is basically moving from exposed, low-lying coastal areas upslope. This is something that we’re trying to roll out in the Pacific Islands, where people don’t have the money to build engineering structures that can stop the ingress of the ocean. If you move far enough up the hill, then you won’t have to move again for another few hundred years.

This story was originally published by Grist with the headline Ancient cultures faced rising seas and lived to tell the tale on Oct 13, 2021. 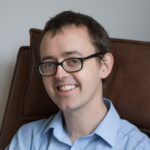 Engineering X reflects a rethink about the profession 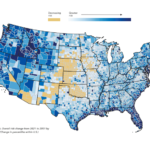 Flooding could shut down one-quarter of America’s critical infrastructure