One year ago, we wrote about some “high-tech” warehouse robots from Amazon that appeared to be anything but. It was confusing, honestly, to see not just hardware that looked dated but concepts about how robots should work in warehouses that seemed dated as well. Obviously we’d expected a company like Amazon to be at the forefront of developing robotic technology to make their fulfillment centers safer and more efficient. So it’s a bit of a relief that Amazon has just announced several new robotics projects that rely on sophisticated autonomy to do useful, valuable warehouse tasks.

Proteus is our first fully autonomous mobile robot. Historically, it’s been difficult to safely incorporate robotics in the same physical space as people. We believe Proteus will change that while remaining smart, safe, and collaborative.

Proteus autonomously moves through our facilities using advanced safety, perception, and navigation technology developed by Amazon. The robot was built to be automatically directed to perform its work and move around employees—meaning it has no need to be confined to restricted areas. It can operate in a manner that augments simple, safe interaction between technology and people—opening up a broader range of possible uses to help our employees—such as the lifting and movement of GoCarts, the nonautomated, wheeled transports used to move packages through our facilities.

I assume that moving these GoCarts around is a significant task within Amazon’s warehouse, because last year, one of the robots that Amazon introduced (and that we were most skeptical of) was designed to do exactly that. It was called Scooter, and it was this massive mobile system that required manual loading and could move only a few carts to the same place at the same time, which seemed like a super weird approach for Amazon, as I explained at the time:

We know Amazon already understands that a great way of moving carts around is by using much smaller robots that can zip underneath a cart, lift it up, and carry it around with them. Obviously, the Kiva drive units only operate in highly structured environments, but other AMR companies are making this concept work on the warehouse floor just fine.

From what I can make out from the limited information available, Proteus shows that Amazon is not, in fact, behind the curve with autonomous mobile robots (AMRs) and has actually been doing what makes sense all along, while for some reason occasionally showing us videos of other robots like Scooter and Bert in order to (I guess?) keep their actually useful platforms secret.

Anyway, Proteus looks to be a combination of one of Amazon’s newer Kiva mobile bases, along with the sensing and intelligence that allow AMRs to operate in semistructured warehouse environments alongside moderately trained humans. Its autonomy seems to be enabled by a combination of stereo-vision sensors and several planar lidars at the front and sides, a good combination for both safety and effective indoor localization in environments with a bunch of reliably static features.

I’m particularly impressed with the emphasis on human-robot interaction with Proteus, which often seems to be a secondary concern for robots designed for work in industry. The “eyes” are expressive in a minimalist sort of way, and while the front of the robot is very functional in appearance, the arrangement of the sensors and light bar also manages to give it a sort of endearingly serious face. That green light that the robot projects in front of itself also seems to be designed for human interaction—I haven’t seen any sensors that use light like that, but it seems like an effective way of letting a human know that the robot is active and moving. Overall, I think it’s cute, although very much not in a “let’s try to make this robot look cute” way, which is good.

What we’re not seeing with Proteus is all of the software infrastructure required to make it work effectively. Don’t get me wrong—making this hardware cost effective and reliable enough that Amazon can scale to however many robots it wants to scale to (likely a frighteningly large number) is a huge achievement. But there’s also all that fleet-management stuff that gets much more complicated once you have robots autonomously moving things around an active warehouse full of fragile humans who need to be both collaborated with and avoided.

Proteus is certainly the star of the show here, but Amazon did also introduce a couple of new robotic systems. One is Cardinal:

The movement of heavy packages, as well as the reduction of twisting and turning motions by employees, are areas we continually look to automate to help reduce risk of injury. Enter Cardinal, the robotic work cell that uses advanced artificial intelligence (AI) and computer vision to nimbly and quickly select one package out of a pile of packages, lift it, read the label, and precisely place it in a GoCart to send the package on the next step of its journey. Cardinal reduces the risk of employee injuries by handling tasks that require lifting and turning of large or heavy packages or complicated packing in a confined space.

There’s also a new system for transferring pods from containers to adorable little container-hauling robots, designed to minimize the number of times that humans have to reach up or down or sideways:

It’s amazing to look at this kind of thing and realize the amount of effort that Amazon is putting in to maximize the efficiency of absolutely everything surrounding the (so far) very hard-to-replace humans in their fulfillment centers. There’s still nothing that can do a better job than our combination of eyes, brains, and hands when it comes to rapidly and reliably picking random things out of things and putting them into other things, but the sooner Amazon can solve that problem, the sooner the humans that those eyes and brains and hands belong to will be able to direct their attention to more creative and fulfilling tasks. Or that’s the idea, anyway.

Amazon says it expects Proteus to start off moving carts around in specific areas, with the hope that it’ll eventually automate cart movements in its warehouses as much as possible. And Cardinal is still in prototype form, but Amazon hopes that it’ll be deployed in fulfillment centers by next year. 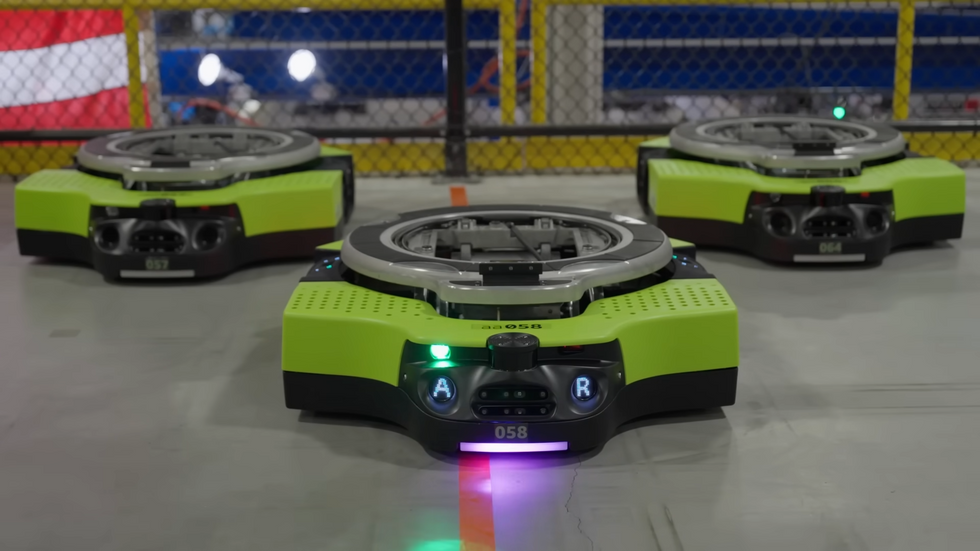 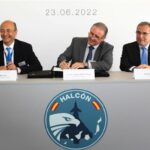 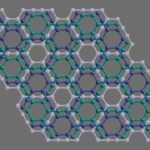