TORONTO — Deposition technology plays a key role in advancing memory devices, and when it comes to 3D NAND, stacking exposes the limitations of current filling methods.

Lam Research’s recently announced Striker FE enhanced atomic layer deposition (ALD) platform addresses semiconductor manufacturing challenges for 3D NAND as well as DRAM. It employs advanced dielectric gapfill technology the company has dubbed “ICEFill” for filling 3D NAND and DRAM structures — as well as logic devices — in emerging nodes. The need for gapfill methods isn’t new, said Aaron Fellis, vice president and general manager of Dielectric ALD products, but the traditional ones no longer meet today’s needs, especially as 3D NAND is stacked higher. “They’re so tall and they have a number of different features that get etched through them to enable the integration of different steps,” he said. “Ultimately, they need to get filled back up with a dielectric material, most commonly silicon oxide.”

Legacy techniques, such as chemical vapor deposition, diffusion/furnace, and spin-on processes that are normally used as gapfill for semiconductor manufacturing are no longer viable for 3D NAND, Fellis said, due to trade-offs between quality, shrinkage, and gapfill voids. “They tend to shrink and distort the actual structure that the customer is building and designing.”

Silicon oxide continues to be a preferred material for filling because it’s stable, withstands a wide range of temperatures, and exhibits good electrical performance. What’s changed is the technique for depositing it. In the case of Lam Research’s Striker ICEFill, it’s a proprietary surface modification technique to achieve highly preferential bottom-up and void-free gapfill while retaining the film quality inherent to ALD, he said. “If you use a standard ALD you get a much higher quality film as deposited, so you don’t have to deal with shrinkage.”

But even with good material density that in turn supports good mechanical integrity inside it, said Fellis, standard ALD can still lead to gaps in some devices and there’s some doubt as to its extendibility. ICEFill still provides very good quality film inside without shrinkage because of its bottom up approach. “Its extendibility is very high.” This means there’s complete gapfill at whatever step it’s required, he said, whether it’s for mechanical strengthening of a structure or electrical performance. “You have a uniform and consistent material property in a particular gap inside the fabricated device.”

Deposition techniques for memory devices have their own roadmaps that are driven by the advancement of various memory technologies that determine how existing techniques will last, said Fellis. “Things keep getting taller or smaller.” In the case of the challenges created by 3D NAND being stacked taller, Lam Research already had been working evolving its Striker product, he said, “but we saw a demand from our customer that we needed to improve the film performance as they moved along their own roadmaps. Stacking still drives continuous innovation.”

Lam Research is a dominant player for ALD technology, said Risto Puhakka, president of VLSIresearch, and the demands of its technology reflect those placed on memory. It’s all about increasing density for applications, such as artificial intelligence, that require more bits while keeping costs the same, and that includes gapfill capabilities as the memories such as 3D NAND are stacked higher, he said. “The stacking becomes more and more challenging from the manufacturing perspective, but the chip makers themselves get it a little bit little anxious about how much they have to spend.” Sticking with a known material such as silicon oxide adds some predictability because it’s well understood

But just as 3D NAND stacking will eventually hit limits, so will the gapfill techniques and ALD technology, added Puhakka. “It has its own roadmap and limitations.”

Gary Hilson is a general contributing editor with a focus on memory and flash technologies for EE Times.

Memory Makers and Foundries Step Up to Hyperscale Demands
https://www.eetimes.com/memory-makers-and-foundries-step-up-to-hyperscale-demands/ 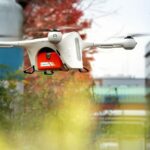