Imagine an autonomous coaxial-proprotor swing-wing tailsitter that, like the high-altitude hummingbirds of Ecuador, leverages visual sensory information and adjustable wing geometry to maneuver in megacity environments. Let’s call it Metaltail.

Now picture a coaxial proprotor tailsitter configuration that utilizes a novel variable incidence boxwing and a bidirectional ducted fan, all in a vehicle weighing 532.6 kilograms that can hover and fly up to 426 kilometers per hour. Call it Kwatee.

Both of these designs received top honors in the Vertical Flight Society’s annual Student Design Competition, which challenges students to design a vertical lift aircraft that meets specified requirements.

In the graduate category, the University of Maryland (UMD) and Nanjing University of Aeronautics and Astronautics placed first for designing an autonomous coaxial-proprotor swing-wing tailsitter that used visual sensory information and adjustable wing geometry to maneuver in megacity environments. Lightweight turboshaft engines and an aerodynamic design were also included. The team named their design the “Metaltail” for the Tyrian Metaltail hummingbirds, which have the agility to hover precisely in place in complex and dynamic environments. They also developed a FLIGHTLAB model of their vehicle, winning the optional bonus portion of the competition.

In the undergraduate category, UMD’s team won first place for designing a coaxial proprotor tailsitter with blades that optimize the compromise between hover and propulsive efficiencies through an extensive parametric sweep of 7,700 airfoils, taper and twist rates. The team called this the “Kwatee,” which boasted two flight modes with the capability for navigating in megacity environments, a maximum dash speed of 426 kilometers per hour, an extended range of 354 kilometers, and an endurance of 4.1 hours.

This year, the US Army Research Laboratory (ARL) sponsored the competition with a total of $13,000 in prize money. The teams will be awarded a cash stipend and will be invited to the Vertical Flight Society’s Annual Forum and Technology Display in May 2019 to present the details of their designs. Team members receive complimentary registration to the Forum, a technical event that promotes vertical flight technology advancement. 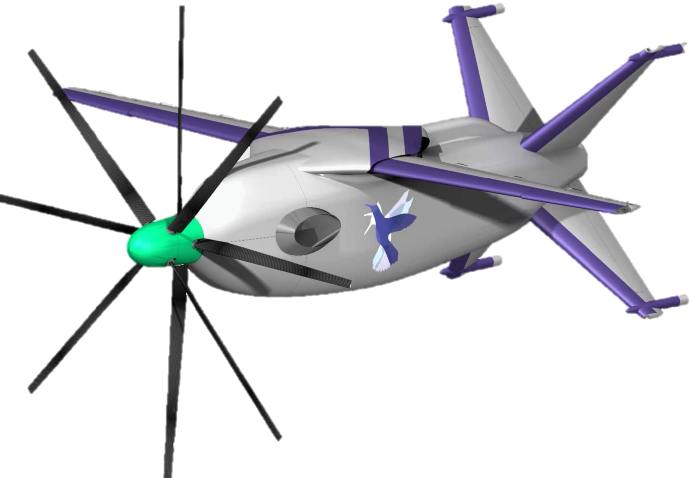 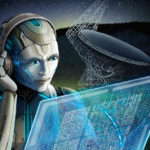