The energy we spend on cooling indoor spaces has tripled since 1990, and it’s going to triple again by 2050 as developing and middle-income countries embrace air-conditioning. Researchers are putting a lot of sweat into innovative cooling technologies that consume less energy, but none seem ready for prime time in the near future.

“Air-conditioning innovation is like nuclear fusion, always 20 years in the future,” says Lin Kayser, CEO of Hyperganic, an AI-based design-software firm in Munich.

Kayser wants to use AI and 3D printing to change that. By using AI to generate a radically new heat-exchanger design that can then be printed with a 3D metal printer, Hyperganic says it is developing a residential A/C unit that is 10 times as efficient as conventional air conditioners, while costing the same amount of money to buy and operate for a year.

The company has teamed up with Krailling, Germany–based EOS, maker of metal and plastic 3D printers, and UAE-based manufacturing firm Strata Manufacturing.

Air conditioners cool buildings by pumping indoor heat to the outside through the heat exchanger, or condenser unit, which compresses a refrigerant gas into liquid. Fans blow over the condenser to blow the heat released in the liquefaction process out into the air. Cooling consumes over 16 percent of the energy used by buildings today, with the heat exchanger being the most energy-intensive component of an A/C unit.

Heat exchangers are structures that need a large surface area, for which they rely on complicated, curvy interior channels. But traditional engineering design and manufacturing is limited in the complexity it can deliver, and in fact, prefers simpler designs in order to keep costs down . “There are 10 A/C units being sold every second,” Kayser says. “But A/C units have looked the same for the last 30 years.”

The complex designs needed for heat exchangers are sweet spots for both AI-based design and 3D printing, however. New prototype heat exchangers have, in fact, become the go-to for metal-printing companies that want to show off the technology’s prowess.

Hyperganic’s mission is to “dramatically speed up innovation in the engineering of physical things.” Most of the innovation in the past few decades has been in the area of in information technology, he says, while cars, aircraft, and appliances remain much like their original selves. Hyperganic’s AI-based design platform allows engineers to make heat exchangers with radically different structures, using elements inspired by the intricate designs found in nature, like corals, Kayser says. By increasing the surface area and optimizing air flow, these designs boost the component’s energy efficiency. “We take knowledge from engineering about how to build a heat exchanger, but now you can do it automatically,” he says. “You can create, test, and iterate faster.”

Case in point: the world’s largest aerospike printed rocket engine revealed by Hyperganic and EOS in May. Aerospike engines are generally considered a tough engineering and manufacturing challenge. Hyperganic’s AI algorithms created hundreds of designs in days. The best design was printed on EOS’s laser powder bed fusion machine, which use lasers to heat and fuse metal powders one layer at a time to build parts.

Air-conditioning innovation is a priority for a warming, energy-hungry world. Novel technologies like thermoelectric materials and passive radiative cooling, which sends heat directly into outer space, are exciting, but might take many years to be commercially viable. Hyperganic isn’t doing anything so radical that it is impractical in the short term. “What we’re doing is not rocket science,” Kayser says. “We’re trying to bring advanced manufacturing capabilities and AI together. It’s not as complicated as inventing something completely different.”

He adds that the firm has many new designs for a new A/C heat exchanger already, and have performance data on some. They plan to have a prototype of ready by the U.N. Climate Change Conference in Dubai next year. 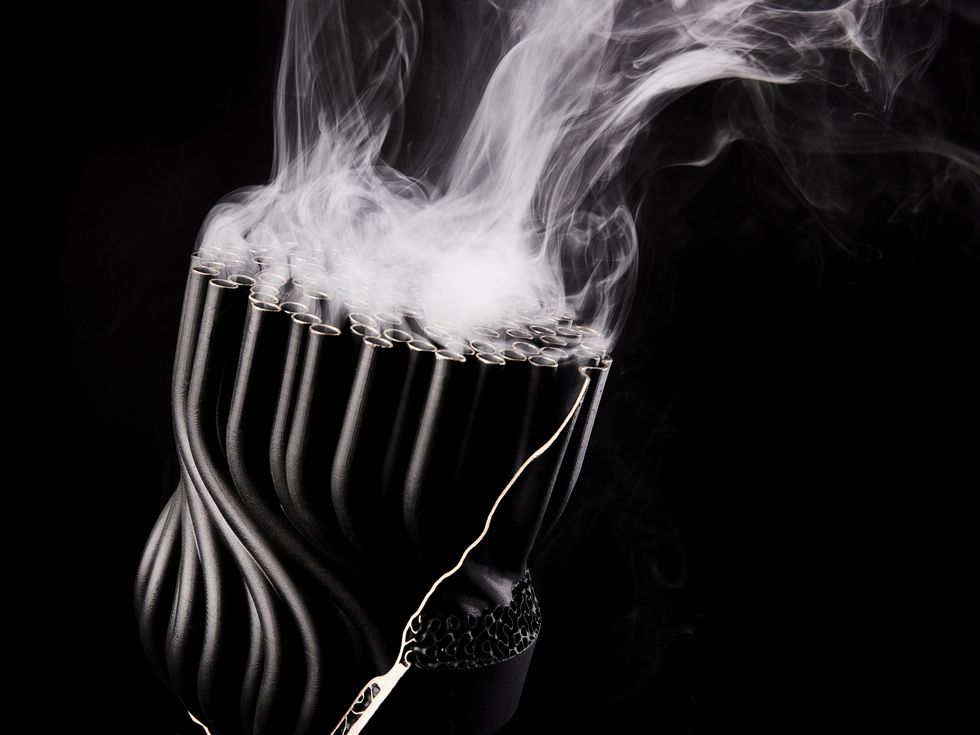 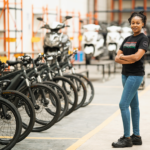 Building a Fleet of Personal EVs in Kenya 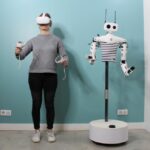