For years, process plant personnel have pursued the elusive goal of predictive maintenance. Rather than running to failure or servicing too frequently, plants try to monitor their equipment status, note developing problems, and address issues proactively. Such techniques cut maintenance cost significantly while providing dramatic production and profitability improvements.

Unfortunately, most maintenance crews have had limited success in their quest. Predicting impending problems is often quite difficult to achieve in practice, with the biggest impediment to success usually a lack of information. How can one easily determine when a critical control valve is starting to fail?

Data is the critical component

The painful reality is that for many control valves, it is almost impossible to tell if they are developing problems. The control loop is in automatic, so as valve performance degrades, the PID controller simply compensates and obscures the issue. The loop continues to function until the valve fails completely, often upsetting the process, or forcing a shutdown of the unit, or even the entire plant.

An alternative to avoid unexpected failures is to frequently pull valves on a routine basis and inspect them. This method usually detects problems before they get too severe, but the cost is high. Often a valve is pulled and serviced, only to find it is fully functional and requires little or no maintenance work. In other cases, valve internals are reworked incorrectly, creating new problems that did not exist before.

Fortunately, there is another option, made possible by advances in smart positioner diagnostics (Figure 1). Armed with an array of sensors, a digital position controller is uniquely placed to monitor the control valve and detect abnormal conditions as they develop. 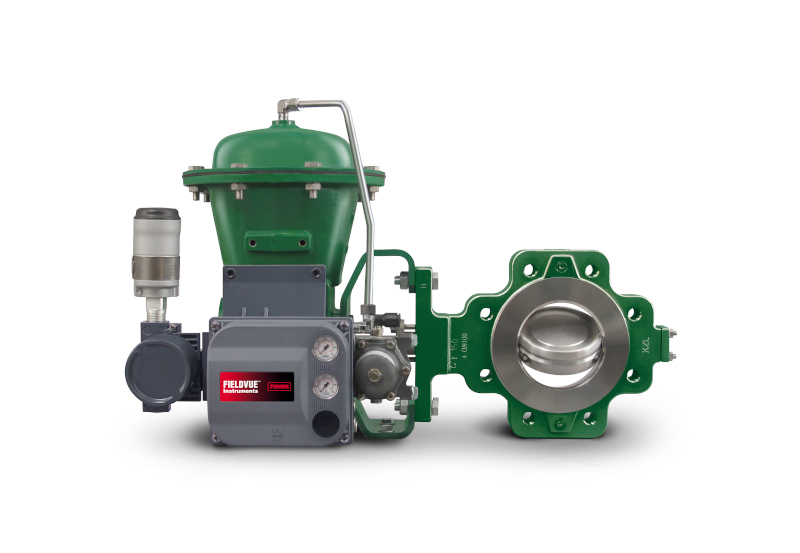 When issues are detected, the smart positioner can communicate this information to an asset management system to alert personnel so they can inspect the valve prior to failure. In some cases, plants already have diagnostic capable equipment installed on their valves, but are failing to take advantage of the data it can provide.

Embedded valve diagnostics drive savings in a number of ways. At a base level, a smart positioner offers self-calibration features that make control valve setups quick and efficient. However, some models offer more advanced capabilities that go well beyond the basic valve positioning function.

In an offline mode, a digital positioner can be used to create a valve signature for a new valve (Figure 2). This signature captures details on packing friction, air usage, valve travel, and other parameters—all of which can be compared to future valve signature test results. Often a comparison will quickly highlight developing issues, such as instrument misalignment, air supply issues, and actuator leaks. 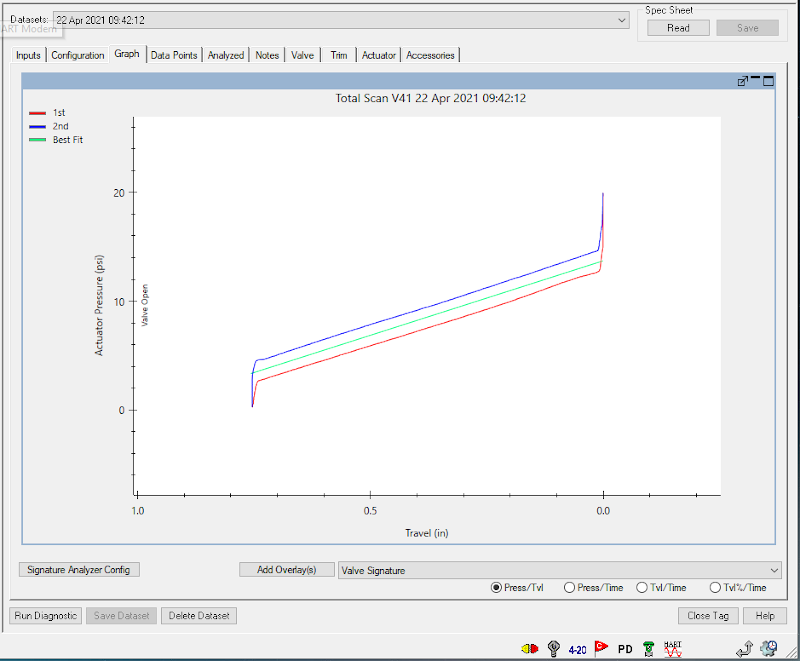 Figure 2: Valve signature information can be captured when a control valve is commissioned and compared against future stroke performance to highlight developing problems and troubleshoot failing components. Courtesy: Emerson

More advanced units add the ability to monitor valve performance while the valve is online and controlling the process. In this case, asset management software can run scheduled monitoring sessions to observe performance in normal operation. If a valve is failing to reach commanded states or is exhibiting excessive air usage or abnormal friction, for example, this information can be transmitted to an asset management system to alert the maintenance staff of developing issues. In many cases, the diagnostic software can offer a list of possible causes, helping technicians quickly isolate and resolve the problem (Figure 3).

Some advanced digital position controllers can also detect trigger events, and capture valve profile and performance data before, during, and after the event. This data may not keep an event from happening, but the information is often critical to quickly isolate the root cause of the problem, and to identify any failed components so they can be repaired quickly.

Top tier smart positioners are used on anti-surge and safety interlock valves. These valve controllers incorporate all of the feature described above, and enable partial stroke testing to ensure the valve will perform as required during surge or trip conditions.

The first step to take advantage of positioner diagnostics is to evaluate what information and equipment the plant already has in place. Many existing control valves may have diagnostic capabilities which are not being utilized. If possible, digital valve signatures of each valve should be captured as a valve is commissioned or serviced so that future performance can be evaluated.

The second step is to prioritize control valves based on their impact on the process. Critical valves—such as safety interlock valves, anti-surge valves, boiler feedwater valves, and the like—pose the greatest risk to plant operations. Focusing efforts on these valves will therefore have immediate and significant positive impact on plant productivity and profitability.

If it is not already in place, the necessary software and communication networks should be procured and installed so diagnostic alerts can be automatically routed to maintenance support staff and other relevant personnel (Figure 4). This software can be used to schedule automated diagnostic tests and set alert thresholds, a critical component of any control valve reliability program. 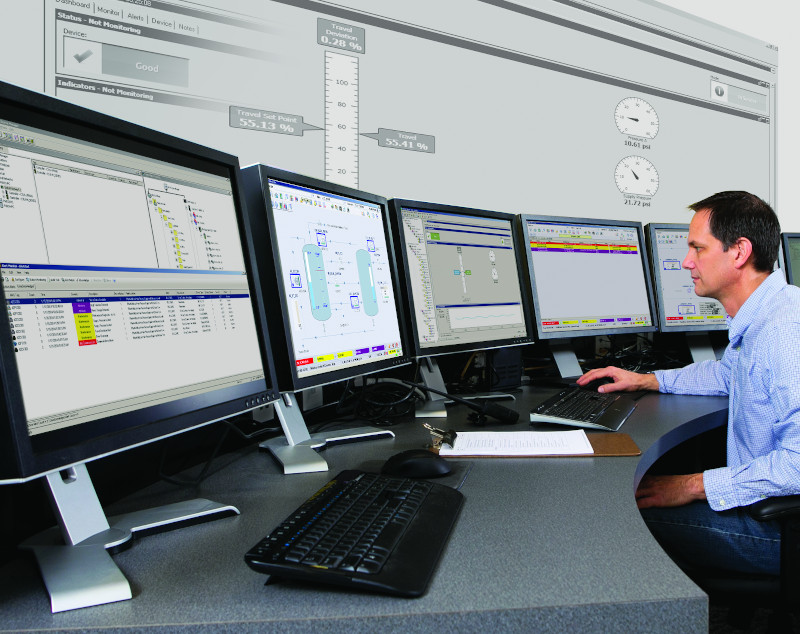 Figure 4: Diagnostic data is only useful if alerts are transferred to the correct personnel and acted upon quickly. Courtesy: Emerson

Diagnostic data can be invaluable when planning shutdown work. Often diagnostics can provide a strong indication of which control valves need repair and which do not. By focusing efforts on problematic valves, plants can shorten outages and reduce turnaround budgets significantly. Diagnostics can also flag failing valve components so long lead parts can be ordered and on hand in time for the outage.

Implementation of control valve diagnostic programs has generated significant savings for a number of end users.

A herbicide plant in Iowa reduced annual maintenance costs by $230,000 by using advanced control valve diagnostics to transition their plant from reactive to predictive maintenance. In one case alone, the plant saved nearly $100,000/hour by detecting and addressing a developing control valve issue before it shut down the unit.

A paper mill in Louisiana was suffering routine boilers trips due to damper positioning problems. Upgraded smart positioners with advanced diagnostics eliminated these trips, avoiding losses of $18,000 an hour due to unscheduled outages.

A combined cycle power plant was reworking all critical valves during every outage in an effort to maximize uptime when the plant returned to service. After installing a number of upgraded digital valve positioners and implementing diagnostic alert software, the plant was able to focus their outage repair efforts more efficiently. The plant saved $68,000 in one outage alone, and it has experienced year-to-year cost reductions of $33,500. Similar programs in other plants have generated average savings of $1,200 per valve by focusing repair efforts on valves that actually have problems, and by leaving the rest of valves alone.

Predicting the future is no easy task, but the advanced diagnostics available in smart, digital positioners can go a long way towards helping maintenance staff do exactly that. In many cases, plants may find they already have the necessary components and networks in place, and they only need gather the data from these components and make it accessible to support personnel. In other cases, existing valve positioners may be capable of a simple field upgrade to provide higher levels of diagnostic support.

Programs to take advantage of advanced control valve diagnostics have repeatedly created significant positive impacts on plant uptime and reliability, even as they reduce maintenance costs.

If your plant is suffering from unexpected shutdowns and high maintenance costs during outages, an investigation into the power of valve positioner diagnostics may prove to be a worthwhile and profitable endeavor. If you’re not sure where to start, consultation with an experienced valve vendor or manufacturer will put you on the path to a successful valve maintenance program. 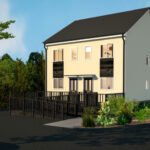