This story was originally published by High Country News and is reproduced here as part of the Climate Desk collaboration.

An hour before sundown on December 2, Lilly Ford and her family heard a “strange, low rumble” outside of her home in Haines, Alaska. It lasted about a minute as a 600-foot-wide slurry of timber, mud, soil, and debris cascaded down a nearby mountain, through a residential area, and into the ocean. “I couldn’t believe the mountain had swept people and houses away just like that — ripped the ground out from under them,” Ford said. “It’s just not something you’d ever anticipate.”

Haines, population 2,500, saw more than 8 inches of rainfall during the first two days of December — a total that topped the monthly average by 2 inches. Hundreds of homes on this mountainous peninsula between two inlets and the Canadian border were damaged by floods and debris flows. About 50 households were ordered to evacuate because of landslide danger, and still others were displaced by flooding. A kindergarten teacher and a local businessman are presumed dead.

Landslides are a growing threat as warm, heavy rain storms — intensified by climate change — flush rock, soil, trees, and debris down slopes onto the land below. In response to deadly landslides across the West, scientists and communities are calling for more resources to better prepare and understand the looming threat. On December 16, Congress heeded that call by passing legislation that will identify the most vulnerable communities and devise emergency plans and warning systems to protect them.

Southeast Alaska is one of the wettest places in the United States, with some areas drenched by more than 200 inches of rain a year. Lush old-growth yellow and red cedar, Sitka spruce and Western hemlock crowd the region’s Tongass National Forest, the largest intact temperate rainforest in the world. It’s also snowy: thrill-seeking skiers and snowboarders from around the world come to Haines for its legendary deep powder. Now, local weather patterns are being reshaped by climate change.

Rising temperatures and increased precipitation make heavy rainstorms — like the one that triggered the landslides in Haines and across Southeast Alaska — more likely, said Rick Lader, a scientist at the Alaska Climate Adaptation Science Center. In the last 50 years, temperatures in the region have risen 2 to 3 degrees Fahrenheit, and precipitation has increased by up to 15 percent. Lader said observational records reveal that precipitation intensity — the frequency of days with half an inch of rain or more — is also “significantly increasing.”

On December 3, a day after the catastrophic landslides in Haines, the U.S. House of Representatives passed the National Landslide Preparedness Act. The legislation — authored by Representative Suzan DelBene, in the aftermath of a 2014 landslide in Oso, Washington, that killed 43 people — establishes a federal landslide program with the U.S. Geological Survey. The bill, which passed the Senate in mid-December, awaits the president’s signature. Money from the legislation will fund a federal grant program, expand early warning systems for post-wildfire debris flow and create a database for landslide hazards across the country.

Annually, landslides kill 25 to 50 people in the United States and cause more than $1 billion in damages. “These statistics will only get worse because of climate change,” DelBene said via email. “The tragedy in Oso, and now unfortunately in Haines, highlights how vulnerable many of our communities are.”

While landslides are nearly impossible to predict, there are ways to identify the areas at greatest risk and monitor the most hazardous slopes. Landslides are triggered by a number of weather, geologic or human factors, but America’s most frequent and damaging landslides are induced by prolonged or heavy rainfall, especially in areas with steep slopes, wildfire burn scars, or a history of landslides.

A prototype early warning system is being developed for the Southeast Alaska community of Sitka, where landslides killed three people and destroyed local infrastructure in 2015. Sensors measuring rainfall, pressure and soil moisture content were installed on three mountains near the town, and the data collected from them is monitored by the Sitka Firehall and the Sitka Ranger District. The prototype — a three-year experiment that’s currently in its second year — warns residents when conditions seem likely for a debris flow. During the early December rainstorms, the sensors in Sitka were able to pick up data about storm intensity and moisture levels in mountain top soils while local scientists monitored conditions.

These systems work: Switzerland, for example, has an active debris-flow mitigation program that includes observation stations equipped with data-collecting instruments connected to a multilevel warning system. In 2017, landslide alarms switched on when the Swiss village of Bondo was about to be hit by the largest landslide the community had seen in decades. The mud flow sent huge granite blocks tumbling into the valley, killing eight hikers. But the warning system, installed in 2012, allowed 150 residents to immediately evacuate to safety.

In Alaska, adaptation is more feasible than establishing an expensive network of warning systems, said Gabriel Wolken, a state geologist in Haines. It would require identifying and at-risk sites and educating nearby communities with the help of critical baseline information, including high-resolution topographic maps, climate data, and landslide susceptibility and hazard maps. Funding and support included in the National Landslide Act “would undoubtedly provide some benefits to understanding and adapting to landslides in Alaska,” Wolken said.

Such a database has been on Alaska scientists’ minds since Sitka’s 2015 landslides. That disaster was a wake-up call, said Stevens, the Alaska Division of Geological and Geophysical Surveys section chief. “We’re recognizing that landslides are a very unevaluated hazard within Alaska, particularly in Southeast and Southcentral Alaska, where you have more rugged topography,” she said. “We have such a huge area at risk, with so little data.”

Without detailed maps, and the baseline support data needed to make them, identification of landslide-prone areas will remain insufficient, and any decisions about possible hazards will be much less informed, Wolken said. “Ultimately, that’s what it’s going to take: the money to be able to collect the data, to be able to make the assessments, to even begin to understand what the magnitude of the problem is,” Stevens said. “We really need to do something about this because this is not going to be the last event.”

Like many Alaskans, Lily Ford has been deeply affected by the intensified storms and the havoc they wreak on steep, craggy hillsides. There’s a hovering sense of anxiety that could be lifted with better warning systems and preparedness programs.

Ford’s family has lived in Haines for three years. Only recently, however, have they become aware of landslide risks. When she went to sleep on the first of December, she knew heavy rain was forecast. But she had no idea of the destruction it might bring. When she awoke December 2, she discovered her neighborhood road was washed out, her neighbors were without water and parts of town were flooded.

Ford and her neighbors — who live on the side of 3,600-foot Ripinsky Mountain, directly above the small town — were warned to be ready to evacuate later that afternoon, only after the landslide that likely claimed two lives set off near her home. “It’s been unsettling, and I don’t think the town or anyone in it will ever be the same,” Ford said. “I’ve never had to choose what’s most important to take from my home, knowing I might not see my house again.” After a week, they were able to return, but she said her family will likely spend the rest of winter with their bags packed, ready to go. “It has changed me.”

This story was originally published by Grist with the headline A wetter and warmer Alaska means dangerously slippery slopes on Jan 2, 2021. 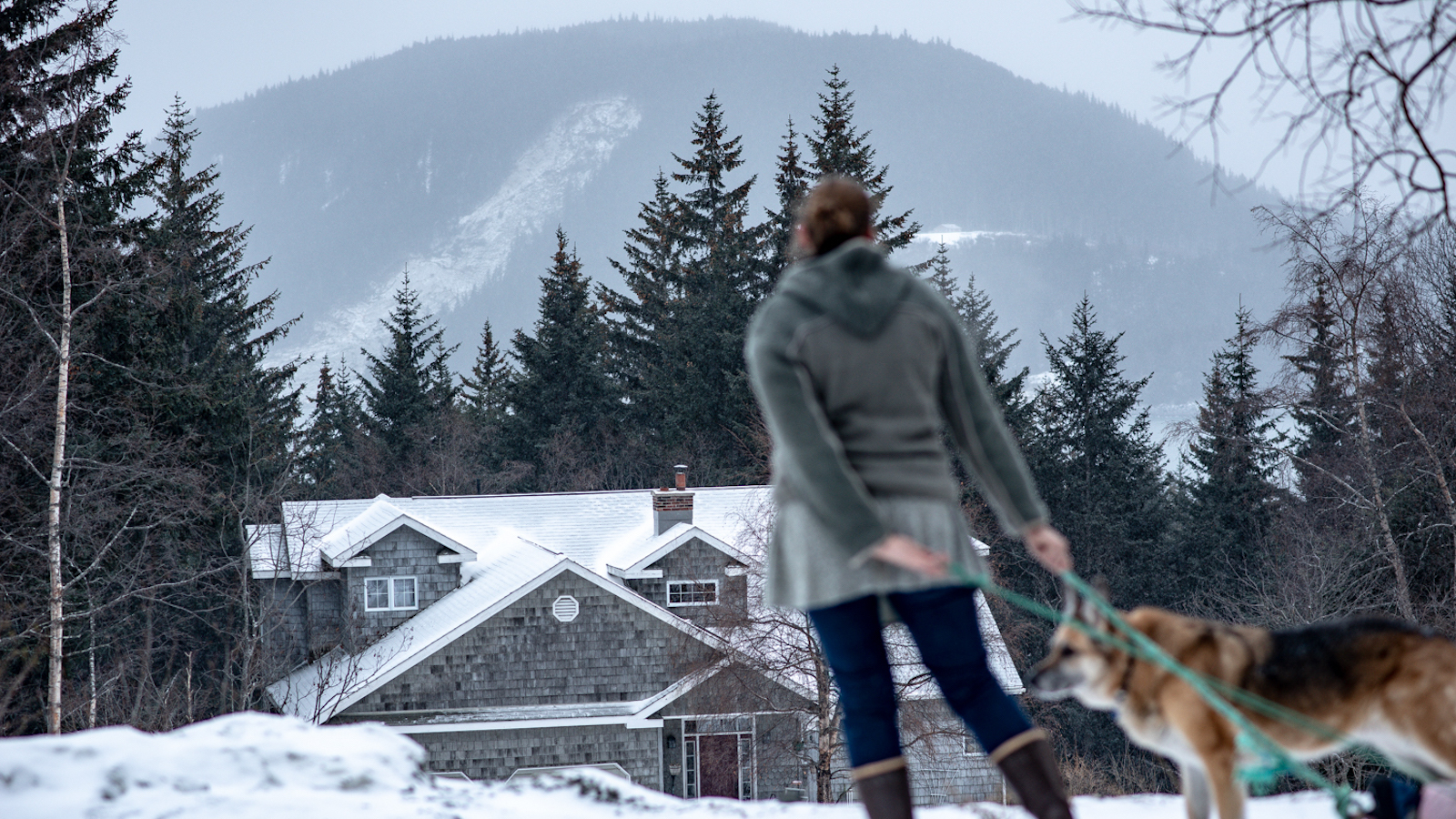 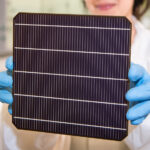 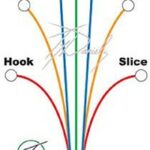