A DIY Tracker Tough Enough for the Arctic

Every winter, sea ice grows in the Arctic Ocean, radiating out from the dense ice pack surrounding the North Pole to a ragged edge, beyond which icebergs float freely. The region between the ice pack and the sea edge is known as the marginal ice zone, where waves interact with the ice in poorly understood ways. A better understanding of this zone is crucial to both improving short-term weather and navigation forecasts as well as long-term climate models.

Gaining that understanding is part of my job at the Norwegian Meteorological Institute, and trackers placed directly onto ice floes are some of our best tools for getting data. But it’s a tough environment for scientific instruments. If you’re unlucky you might get only a few days before the ice breaks up under the instrument—or a polar bear might find it and play football with it before chewing it up. With no guarantees on how long any given instrument might last, you have to deploy a lot of them to get the data you need. Unfortunately, the cost of buying instruments commercially severely limited how many trackers we could deploy. So, I set about building an open-source ice tracker from DIY components that not only proved to be much, much cheaper but also much more capable than the commercial options.

The heart of the OpenMetBuoy-v2021 ice tracker is the US $400 SparkFun Artemis Global Tracker (AGT). This combines a 32-bit ARM-based microcontroller, satellite-navigation receiver, and an Iridium satellite modem onto one board. The primary sensor is a nine-degrees-of-freedom accelerometer, magnetometer, and gyroscope that we use to determine the motion of the ice in response to waves.

The AGT’s 48-megahertz Apollo3 ARM microcontroller is computationally powerful enough to control the sensor, navigation receiver, and Iridium modem and do in situ data processing. This is in contrast to earlier generations of open-source ice trackers that I have been developing since 2015, which used a more power-hungry microcomputer, either alone or in concert with a microcontroller to manage peripherals. For example, in my previous v2018 tracker, I used a Raspberry Pi running a stripped-down operating system. This consumed around 350 milliamperes while running at 5 volts for about 1.7 watts, but the Apollo3 uses just 500 microamperes at 3.3 V, making it more than 1,000 times as power efficient at approximately 1.7 microwatts.

Because the Artemis Global Tracker [top, center] incorporates a low-power microcontroller, satellite navigation, and an Iridium modem, few other components are needed, which include [clockwise from right] two lithium D-cell batteries, an inertial measurement unit, a power regulatJames Provost

This has a huge impact on the power budget, cost, reliability, and size of the trackers. The v2021 version can be powered on two nonrechargeable LSH20 D-cell lithium batteries, which work well even at extremely low temperatures. This means that I can eliminate the solar panel used to supplement power on earlier versions along with all of that panel’s supporting circuitry—as well as the need to have a hole in the case for a connecting cable. The new version is completely and permanently sealed once it is made—in the field, a v2021 tracker is turned on by removing an external magnet mounted above a reed switch located inside the case. The tracker is smaller than its predecessors, at 12 x 12 x 9 centimeters, although this does increase the possibility of it being covered by snow deeply enough to block satellite signals. But on the other hand, the small size makes it harder for polar bears to find.

You might get only a few days before the ice breaks up under the instrument—or a polar bear might play football with it.

Doing in situ data processing and reduction is especially important because of the limited and expensive bandwidth available via the Iridium satellite network. The accelerometer and gyroscope data outputs are sampled at 800 hertz (for now, we are ignoring the orientation information provided by the magnetometer), and then the data is averaged down to a 100-Hz signal to reduce noise. Using an open-source library provided by Freescale/NXP, we use a so-called Kalman filter to fuse the accelerometer and gyroscope sensor data and determine the vertical component of the wave motion, which is time-averaged again to provide a 10-Hz signal. This is fast enough to identify wind waves, which typically have a frequency of about 0.2 Hz, and longer swells, which range from about 0.08 to 0.10 Hz.

The microcontroller gathers a little over 20 minutes of this data, and then a Fourier analysis is performed in a few milliseconds, thanks to the Apollo3’s built-in floating-point unit. The result is a spectrum that condenses the frequency and amplitude of 20 minutes’ worth of wave motion into a data packet that’s just 138 bytes long.

Trackers placed close to one another on floes in the Barents Sea rapidly diverge in position.James Provost

We tested the basic design by deploying a prototype onto the ice in February 2021. It worked for several weeks until it was buried by snow, but in May when the ice melted, the prototype began transmitting again—and is still doing so as of this writing. (The prototype reported only position and not wave-motion data and had a third battery, accounting for its longer operational life than the three months expected for a standard tracker.)

Since then we have deployed standard trackers, and gained considerable data on ice movements. We and partner organizations such as the Japan Agency for Marine-Earth Science and Technology and the University of Melbourne, in Australia, are building more trackers (which take about half an hour to build as part of a batch) for future data-gathering campaigns.

Colleagues from the Bergen office of the Norwegian Meteorological Institute are also working on a version that can be deployed close to shore that can avail itself of cellular connections (this version uses software written in Rust rather than the current C code). This will greatly increase the data bandwidth and reduce the cost of operation—currently about half the cost of building and operating each tracker goes to Iridium fees.

Because all the tracker’s hardware and software is open source, the basic design should be transferable to many other domains where instruments face severe conditions and/or retrieving them to obtain stored data is difficult or impossible. 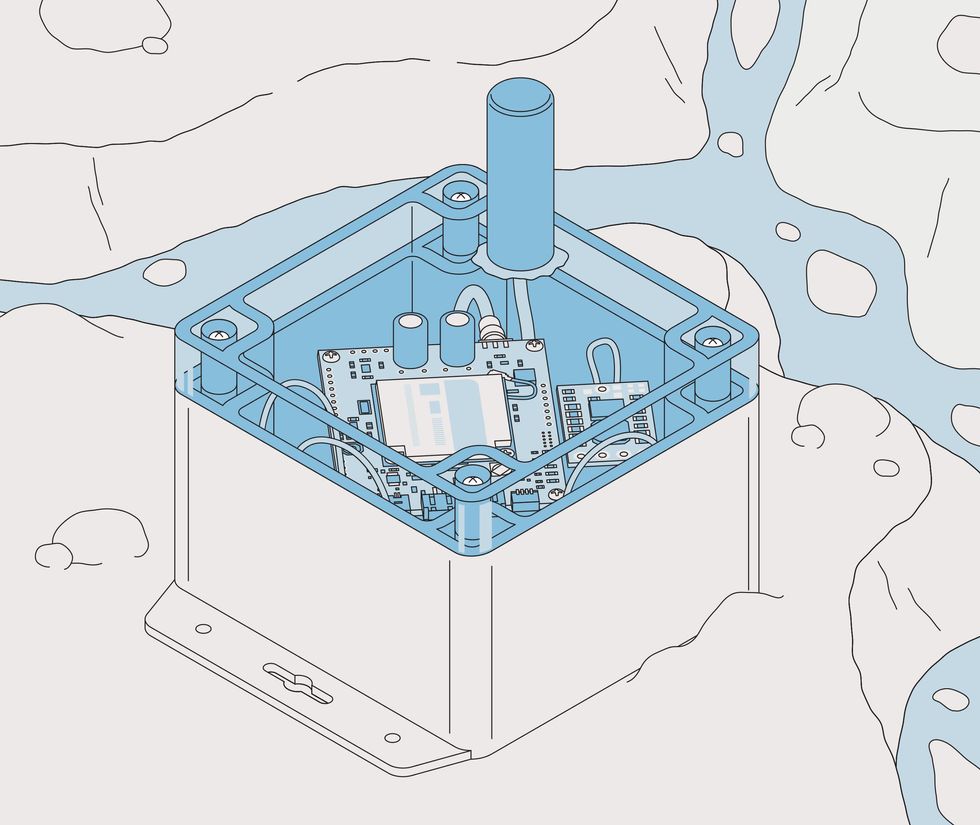 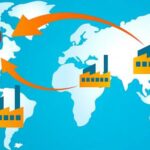