5G Private Networks are Not Right Around the Bend

Imagine controlling thousands of elements in your factory or on your corporate campus via your own high-speed wireless network, securely and in milliseconds. This is the dream offered by private 5G networks, but despite initial moves towards these specialized networks in 2020 and 2021, these networks won’t realistically become commonplace globally until about 2025, or even later.

The hype over the possibilities offered by 5G private networks is at a fever pitch. Vendors, mobile operators, and analysts are all highlighting the potential speed, security, and low-latency characteristics that will be available through private networks utilizing the new cellular standard.

Release 16 of the 3GPP 5G phase 2 specification, which was frozen in July 2020, lays a foundation for private 5G networks to be established. Notably, the spec adds support for unlicensed spectrum, such as the 6GHz public band (and the 60GHz band in the future).

The release also enhanced existing Ultra-Reliable Low-Latency Communication (URLLC), a set of features that support and accelerate mission-critical applications over 5G. The low-latency target for 5G is 1 millisecond or less. Some observers expect this update to help promote systems like remote surgery or robotic operations on the factory floor.

The thing to remember is that it will likely take about 2 years from when the 3GPP Release 16 is frozen until we see technical updates in commercial chips. So, we won’t see a lot of these pivotal improvements to private network deployments until at least 2022.

The ongoing Covid-19 crisis has palpably slowed down 5G developments and deployments as well. We can’t fully predict how the virus will affect 5G rollouts, but we can certainly expect that it will.

So, what does an enterprise need to implement a private 5G network?

The main thing that any private cellular network needs to operate is access to radio spectrum. As the current $80.9 billion C-band (3.7GHz to 4.2GHz) auction that has just closed in the U.S. indicates, sales of suitable 5G wireless spectrum can command eye-popping prices. This means that major spectrum auctions are entirely the realm of big wireless and cable, rather than smaller enterprises and service providers that cannot cough up the coin.

Small cell technology such as remote radio heads and gNodeB base station equipment will form the mobile edge of the 5G private network. Currently, almost all consumer non-standalone 5G uses an existing 4G core as a control plane, but pure private 5G will need to be standalone and will require 5G core software to operate.

Initial tests, however, are taking place in Germany, the UK, and Japan. In September 2020, German telecoms regulator Bundesnetzagentur awarded 74 licenses for deploying campus private 5G networks to applicants using the 3.7GHz band. That’s probably the most concentrated group of licenses yet awarded to deploy private 5G networks. Germany will be a focal point of private 5G activity in 2021, with a continued emphasis on deployments in the 3.7GHz band.

Japan and the UK are expected to be in the thick of it with private 5G in 2021 as well. Users are also expected to pop up in South Korea, Hong Kong, and Malaysia

Despite a lot of talk about private networks in the States, almost all will actually stick with the LTE standard for the present. “U.S. CBRS is mostly 4G for now,” Bubley notes. “There’s a 5G spec but that’s mostly aimed at service providers” because it uses a 4G control plane (called non-standalone) to manage the 5G data sessions.

The case for private 5G networks

The modern concept of private cellular 4G networks became popular just a few years ago. There were early exponents of the LTE private networks, such as the mining operation Rio Tinto, which started deploying its first underground 4G network in Australia on the 1800MHz band in 2013. Rio Tinto replaced 30 Wi-Fi access points with 4 LTE base stations run from a single network operations center (NOC). The company cited the ability of its then-new network to support full wireless coverage and prioritize critical communications, while using much less hardware than a large Wi-Fi network.

In December 2020, the Global mobile Suppliers Association (GSA) reported that over 500 companies are investing in 4G and 5G private network trials and commercial launches. “This is likely to be a substantial underestimate of the overall global market,” the supplier organization allows, noting that the exact number of private network deployments is hard to gauge, since companies don’t like to make those details public.

Nonetheless, vendors such as Nokia, Ericsson, and Qualcomm are crowing about advanced private 4G in 2021. Private 4G and 5G will likely co-exist for years to come, since many enterprises don’t need to support millions of devices in their workspace, or require a network that supports the lower latency promised by 5G.

Indeed, most companies do not even need the capabilities offered by private LTE. The great majority of enterprises will stick with Wi-Fi for corporate connectivity for the foreseeable future. 802.11, better known as Wi-Fi, was first created in the late 1990s to wirelessly transmit data over the air between enabled devices and access points on the 5GHz and 2.4GHz public frequencies. Private enterprise Wi-Fi networks from Cisco and others came into being in the early 2000s.

Over the last 20 years, much has happened to improve Wi-Fi device roaming, handover, and security. Nowadays, one expects to be readily able to make and receive voice calls over WiFi, but this wasn’t always the case.

Today, Wi-Fi 6 (802.11ax) is becoming increasingly popular for enterprise and home usage. Analysts at IDC find that in the second quarter of 2020, Wi-Fi 6 unit shipments were up 16.8% worldwide, although Wi-Fi 5 shipments still make up the majority of shipments.

So, 5G will likely be a blip on the private enterprise landscape for several years to come, especially as we wait for Covid to pass, the 3GPP Release 16 technical updates to reach the market, 5G core software to mature, and regulators to make more unlicensed radio spectrum available globally.

The post 5G Private Networks are Not Right Around the Bend appeared first on EETimes. 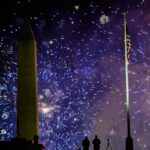