2020 was the deadliest year for environmental activists. Here’s why.

It was 1 a.m. when Oscar Sampayo first saw the death threat against him. He was home alone, like he had been for most of quarantine. Signed by the paramilitary group “Aguilas Negras,” the letter, circulated around town, accused Sampayo and sixteen other environmental and social leaders in Colombia defending water and protecting the labor rights of oil and gas workers, of promoting communism, and “stopping the development of our region.” The group gave the leaders 24 hours to leave the area. “May the tears of your families for your deaths help to bring this territory to its senses,” the letter said.

Sampayo’s experience isn’t unique. Environmental leaders are enduring increasing levels of violence. According to the latest annual report from the nonprofit Global Witness, 227 land and environmental defenders from across the globe were murdered in 2020 — the highest number ever recorded. The death toll equates to, on average, more than four people murdered each week. Sampayo’s home country, Colombia, was named the deadliest nation for environmental leaders for the second year in a row, with 65 people killed.

Three out of every four attacks that happened in 2020 took place in the Americas. Mexico occupies the second spot on the global list, with 30 people killed last year. The Philippines, with 29 murdered environmental leaders, came in third. In cases where defenders were attacked protecting a specific ecosystem, 71 percent were working to stop deforestation and industrial development in forests. Other activists, Global Witness noted, died opposing mining, oil and gas development, large-scale agribusiness, hydroelectric dams, and other infrastructure projects. Indigenous peoples suffered around 37 percent of recorded lethal attacks in 2020, despite making up just 6 percent of the world’s population.

Beyond the murders, environmental defenders faced other tactics to silence them, including death threats, surveillance, sexual violence, or criminalization, Global Witness said in a press release.

The COVID-19 pandemic, the report found, left these leaders more vulnerable than ever.

“I don’t think that we have any doubt that we’re facing a very, very hard time for defenders,” said Francisca Stuardo, a Global Witness spokesperson.

At the most basic level, coronavirus lockdowns across the globe took away the informal or sporadic jobs many defenders rely on to make a living and support their activism. “We found ourselves absolutely overwhelmed,” said María Martín Quintana, who works with the Iniciativa Mesoamericana de Mujeres Defensoras de Derechos Humanos, a network that connects women advocating for environmental and human rights in five Central American countries. The pandemic forced the group to stop any work towards the defense of human or land rights, and instead focus on getting groceries and drinking water to, as Martín Quintana puts it, “ensure the survival of our partners.”

Those who managed to earn some money spent it meeting the basic needs oftheir families. Confined to their homes and bound to caregiving tasks, many of the activists that work with Martín Quintana’s group lost the networks of political empowerment they had spent years crafting.

Sampayo saw these networks disintegrate in Colombia’s Magdalena region as well. He works with artisanal fishers and oil and gas workers who often live in rural villages with little to no internet or cell phone connection. With the pandemic limiting travel and shifting priorities, he often found out about violent episodes in the settlements weeks or months after they had happened. It was frustrating not being able to go and find out the details of the attacks, he said, because “we were scared to go to these very impoverished places and bring the virus there.”

Historically, the most dangerous places for leaders have been roads, particularly those in remote areas. The Colombian national government has in the past provided escorts and armored vehicles for safe transit. But when the country declared a strict lockdown in March of last year, these safety protocols didn’t change. Activist leaders were suddenly most at risk in their own homes, left alone with no security and with no visits from peers. As a result, attacks inside the homes of defenders significantly increased last year.

In South Africa, “you weren’t even allowed to be seen outside your home without permission,” Israel Nkosi from the Mfolozi Community Environmental Justice Organization, or MCEJO, said. Last year, his organization lost 66-year-old activist Fikile Ntshangase, who opposed the expansion of a coal mine on the east coast of South Africa, when she was shot in front of her grandson in her home.

Activists who tried to continue to demonstrate during stringent lockdowns often faced strict action and violence from the police and military, Stuardo said. In the Philippines, 15 people were charged with violating quarantine and isolation measures and for civil disobedience after barricading the entrance to a mine owned by the company OceanaGold Philippines Inc. They were demanding free, prior and informed consent (FPIC) for the project.

In places where illegal armed groups control large areas, such as in Africa, the threats against environmental defenders spiked dramatically. Killings across the African continent more than doubled in 2020, jumping from seven in 2019 to 18 last year. Most of the murders took place in the Democratic Republic of Congo (DRC), where illegal groups attacked and killed 12 park rangers in Virunga National Park.

The pandemic also strained the already thin resources dedicated to protecting environmental leaders. Global Witness’ Stuardo explained that the crisis paralyzed government offices, slowing down the already lethargic investigations of murders and other types of attacks against activists. In other cases, authorities simply dismissed the events. A few days after Sampayo received his first death threat, local police Colonel Gustavo Martínez, said publicly that the illegal group Aguilas Negras doesn’t exist in the region, so the threat must have been fake. A few months later, Sampayo was threatened for a second time, and five others have received death threats by the same group.

With police and patrol teams focused on enforcing quarantines, illegal actors were able to aggressively expand. Deforestation rose in virtually every tropical forest, according to preliminary data. In the first month of global lockdowns alone, deforestation rose by 150 percent compared to the 2017-2019 average, with tropical rainforests shrinking by more than 2,500 square miles. Illegal loggers cut down pristine forests in Tunisia. Deforestation in Brazil hit its highest number since 2008. There were reports of illegal miners moving freely throughout the Amazon region during quarantines, entering without consequences in Indigenous lands.

Sampayo explained that in the Colombian region where he works, the Magdalena valley, oil and gas companies signed new contracts without following the social guidelines they had previously agreed with the community. If environmental issues arose, he said, there were no local or national officials to complain to.

Yet many governments trying to revive their COVID-famished economies are supporting those same industries associated with the killing of defenders.

Colombia is propelling energy production, oil and gas, mining, transportation, and agribusiness in its economic plan to alleviate the deep economic crisis the pandemic left behind. An analysis by the Programa Regional Seguridad Energética y Cambio Climático en América Latina found that this approach also exists in Bolivia, Peru, and Ecuador. Martín Quintana said governments  in Central America are pushing a similar strategy. And in the Philippines, political leaders recently reversed a ban on open-pit mining and are using the need for economic growth as a reason to invade indigenous territories, said Indigenous activist Victoria Tauli-Corpuz, the executive director of Indigenous Peoples’ International Centre for Policy Research and Education. “[Governments say], ‘We cannot survive if we don’t do this.’ So now they are justifying the entry of mining corporations into our territories.”

“It’s not like the companies authorize or give the order to kill defenders,” Sampayo said. It’s more like those who pull the trigger do it “in the middle of that [industrial] scaffolding, to eradicate us, the obstacle, to move forward with the extractive projects.”

At least in Colombia, reversing the trend seems unrealistic, said Castro. Until governments don’t prioritize the protection of human rights and its defenders over the protection of industries, things will only get worse, she said. The report makes a strong call for governments to start working on legal accountability for corporate actors that have been “contributing to, and benefiting from, attacks on land and environmental defenders.”

“The asymmetry between these economic actors and the leaders who defend social and environmental rights is enormous in normal times. They are very powerful sectors confronted with very vulnerable people.” Castro said. “To the extent that some are strengthened, the others will be weakened.”

This story was originally published by Grist with the headline 2020 was the deadliest year for environmental activists. Here’s why. on Sep 15, 2021. 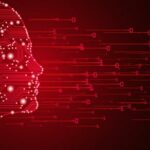 AI Used for Early Detection and Treatment of Illnesses 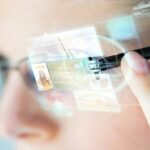 Facebook Enters Smart Glasses Market. Do you know the Competitors?