Facebook is the world’s largest marketing platform, and that isn’t going to change any time soon. At this point, we probably shouldn’t even call Facebook a social networking website anymore. It still functions as a social network, but advertising drives its revenue and is the main focus of the people responsible for the business side of the site. Without advertisers, Facebook would cease to exist. That’s great news in some ways because it means that Facebook wants your business and will put you in touch with hundreds of millions of people who might be interested in buying your products, but bad news in other ways because it means the advertising market on the site is extremely saturated.

There was a ‘peak time’ to spend money on Facebook advertising earlier in 2020 because of an enormous boycott that saw more than one thousand companies temporarily suspend their advertising campaigns on the platform as a protest against some of the site’s policies on hateful content. Without those companies to compete against, many comparatively smaller businesses were able to break through the noise and stand out for the first time, picking up new customers in the process. In most cases, that boycott is now over, and things are back to normal. That means it’s harder to achieve mass visibility with a moderate spend on Facebook Ads.

Just because it’s harder doesn’t mean it’s impossible, though. There are ways to ensure that your adverts are reaching and persuading as many people as possible – you just have to be smart about it by following the five pieces of advice we’re about to give you!

1. Focus On Relevance, Not Frequency

This might sound counter-intuitive, but the best way to get ahead with adverts on Facebook isn’t to release as many ads as possible and have them running all the time. It’s far smarter to focus on peak times and make sure your adverts are highly relevant to the specific people who are likely to see them at the time you’re advertising. Even Facebook itself recommends this approach in its own advertising advice. The thinking behind this is that if users see the same advert two or three times a day, they might take note of it if they’re interested. If they see it more often than that, it will begin to irritate them, and they’ll probably opt to hide it – or simply decide not to buy from you because they find your approach to be intrusive.

Keep a close eye on your relevance metric to see how much engagement you’re getting. Ideally, you want a score of at least eight.

2. Focus On The Mobile Format

In the 2020s, there are more people using their mobile phones to browse the internet than there are using desktop or laptop computers. This is especially true of Facebook, where people open the app on their smartphones and scroll through their touchscreens at lightning speed. If your advert doesn’t look good on a mobile display, they’ll scroll right past it. The way that internet use is trending has been obvious for a while now, but many advertisers still haven’t adjusted their marketing approach to suit it.

Design your content in the mobile preview section and tailor it until it looks great. If you’re using video content, make it vertical rather than horizontal. Nobody is going to tilt their screen to look at an ad.

If your business operates within a broad-interest category, you’re not going to be able to make much headway on your ideal search terms unless you’re willing to spend hundreds of thousands of dollars. Think smaller. In fact, think of the way that online slots companies tailor their Facebook advertising. The internet-based casino and online slots industry is one of the most competitive in the world right now, with new websites appearing almost every day.

None of the successful companies are getting their adverts in front of you just by targeting people interested in online slots. Instead, they focus on themes. You can get playtech games based on specific sports teams or movies, so they target fans of those sports teams or movies. Instead of trying to hit your target interest or phrase ‘on the nose,’ play with semantics and focus on the words around it. You might get in front of people that your rivals aren’t reaching.

4. Use The Bid Cap Function

The easiest way to make a mess of a Facebook advertising campaign is to burn through your budget too quickly. This will happen if you don’t use bid caps. If left unchecked, your advertising budget will be sapped by Facebook placing adverts during the most expensive times to do so. Set your bid cap as low as possible, on the other hand, and you’ll pay the lowest possible price for every single impression that your advert gets

Obviously, it’s possible to set the cap so low that you get no visibility at all, but you have control over this. Start off low, monitor performance, and if you’re not happy with what you’re getting, increase the cap very slightly. The cost-effectiveness of your campaign will go up, and you’ll still be getting just as many impressions as you would have done by paying more.

If your business page has been on Facebook for several years, it might surprise you to hear that you’re probably not in the optimum category for what it is that your company does. That’s because Facebook pages have evolved a lot in the past five years, and the range of options available has expanded significantly. There are now six different options for page categories; local businesses, large companies or institutions, brands or products, public figures, entertainment, and community or charity causes. The majority of small businesses belong in the ‘local business’ category but might be listed as a ‘company, organization, or institution’ if they haven’t made the necessary amendments since the category became available. This fundamentally changes the way your page is listed and who might see your adverts. It even changes what people see when they click through and land on your business page – for example, a ‘local’ business can list a physical address, whereas a larger company probably doesn’t. If you want to reach more people in your local area, your business page has to be in the best possible category to do so.

All of these tips contain the same recurring theme; spend less, work smarter. Throwing money at Facebook doesn’t work. You have to be considered and specific in your approach, and the advice we’ve imparted here is how to do it. Adopt it properly, and we’re confident you’ll soon begin to see better results from your campaigns! 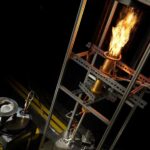