A decade is a very long time in electric cars, so the name Aptera may be unfamiliar to many. But those who saw or drove the original prototype of the world’s most energy-efficient vehicle will likely never forget it.

A body shaped like an airplane fuselage supported by only three wheels, and the promise of 160 kilometers (100 miles) of range for just a few pennies worth of electricity—these features made the Aptera unlike any other vehicle. It lured passionate fans, just as Tesla has through the years.

But Aptera liquidated in December 2011, and its founders moved on to other ventures. Now, they’ve quietly come back together, reacquired the defunct company’s intellectual property, and are preparing to launch Aptera once more.

Ten years later, the car—if successfully brought to market—would still be the most efficient EV on the road. Except this time, Aptera plans to offer the world’s first electric car with 1,600 km (1,000 miles) of range—which would represent a stunning advance over the 600-km range offered by today’s best-performing commercial EVs.

IEEE Spectrum spoke to three of the original Apterans: Chris Anthony, Steve Fambro, and Michael Johnson. Anthony and Fambro are now CEOs of the new Aptera, while Johnson is listed in company presentations simply as cofounder.

The trio reunited to pursue the goal they never gave up: to build the world’s most efficient electric vehicle to offer practical transport while using minimal energy. Today, they speak confidently of a refined design, which they say incorporates a decade of advances in computational fluid dynamics, additive metal manufacturing, and global electric-vehicle components. 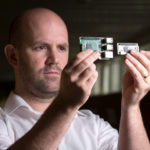 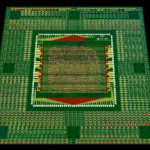